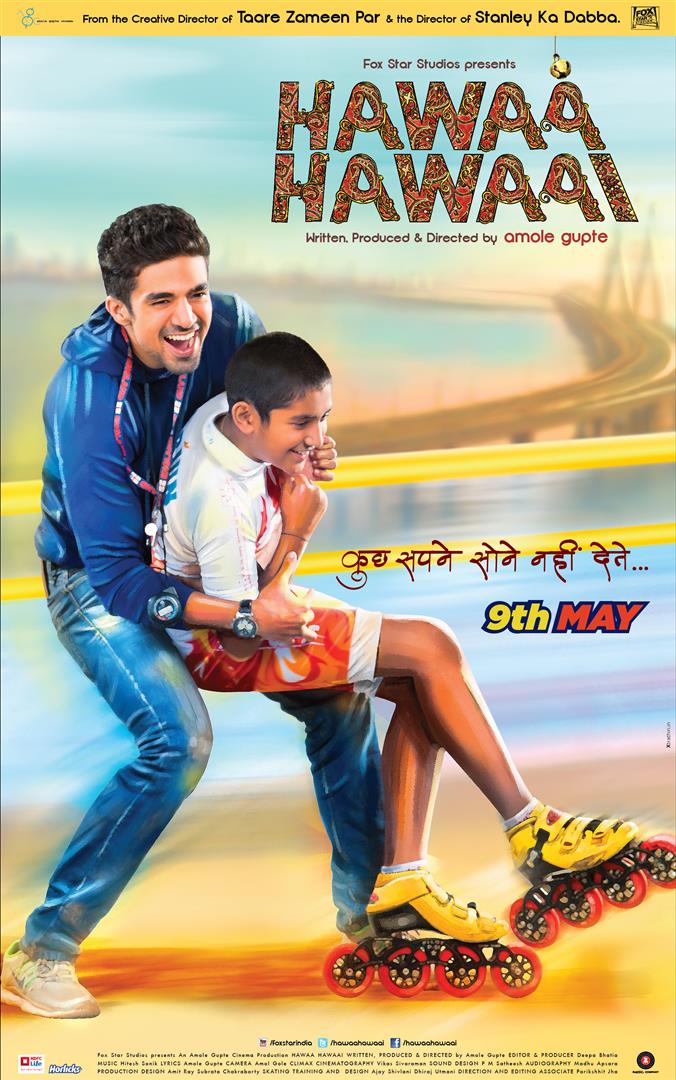 Whenever Bollywood comes out with a film based on sports, it's almost every time a masterpiece. If we look back movies like Jo Jeeta Wohi Sikandar, Iqbal, or the ace movie Chak De India, all have had a powerful storyline, and eventually you find yourself on the edge of your seat, during the last race or match. Amole Gupte's Hawaa Hawaai, is also a film set in the sports genre. Amole Gupte who is known for his impeccable filmmaking skills and churning out a movie like Stanley Ka Dabba, and being the creative director of Taare Zameen Par, the expectations one has from his films is always on the ascend. But his flight on this Hawaa Hawaai, suffers a mid-air crisis, and seems a half-baked dish.

Hawaa Hawaa is a story of the triumph of the human spirit; friendship and enjoying the journey of making one's dream come true. Arjun (Partho Gupte) moves to the big city along with his mother and little sister. Out there he discovers a hidden world of in-line skating through coach Lucky, who mentors kids to become skating champions. While Arjun starts nursing the dream to learn skating under Lucky (Saqib Saleem), his four friends get together to make this dream come true for him. In this endearing story of hope and aspirations, will Arjun's dreams take flight? 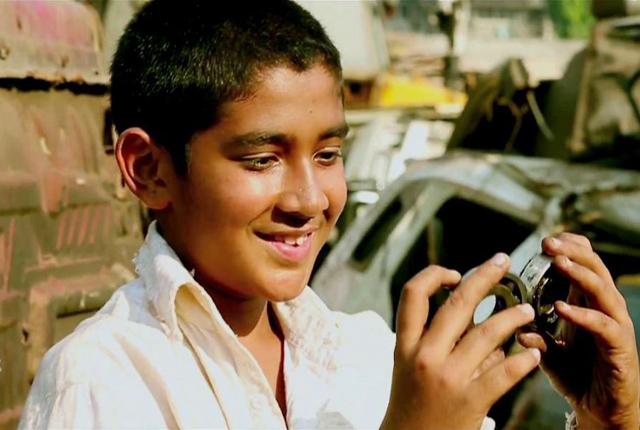 Speaking about the performances, Amole Gupte always knows to bring out the best from his actors. Partho Gupte sure has inherited oodles of talent from his father, Amole Gupte. Partho seems completely in skin of his character, and doesn't flaunt in a single frame. The maturity that his character should have due to the hardships is essayed flawlessly. But since he is a child, there are portions where his innocence is important as well. Yet again he plays both the extremes superbly. Partho Gupte is surely one of the finest child artists we have in Bollywood. 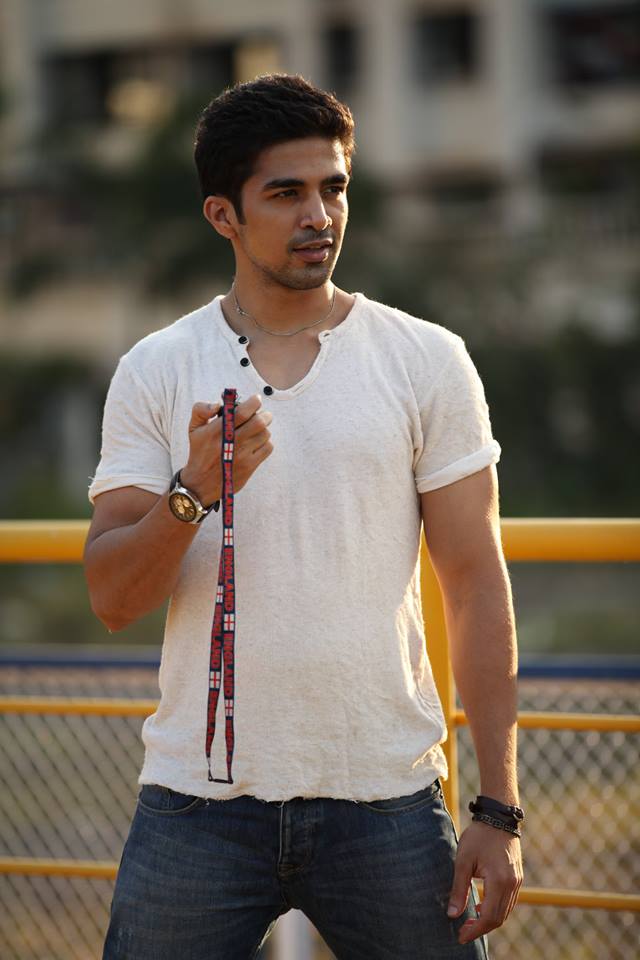 Saqib Saleem, who plays the role of a skating coach, Lucky Bharghav, sure has great screen presence. But his dialogue delivery faults majorly. All in all does an average job, but surely lacks the zest a coach needs. Anuj Sachdeva who a small role to play, that of Lucky Bharghav's elder brother, does complete justice to his role. He sure looks great on screen, and does a good job, in however little a role he has. A special mention has to be made for the four children who play Arjun's friends. They in their tapori style sink in your heart, and instantly fall in love with them.

There isn't much music to speak about, but the background score is quite pumping, atleast during the race sequences. Cinematography is good and captures the essence of a high flying dream well. Deepa Bhatia, who has done the edit of the film, has done a very intelligent as well as creative job. Especially the last race sequence which shows Arjun's determination to win the race amalgamated with his past where he ran miles to save his dying father; the switch of the scenes is done beautifully. 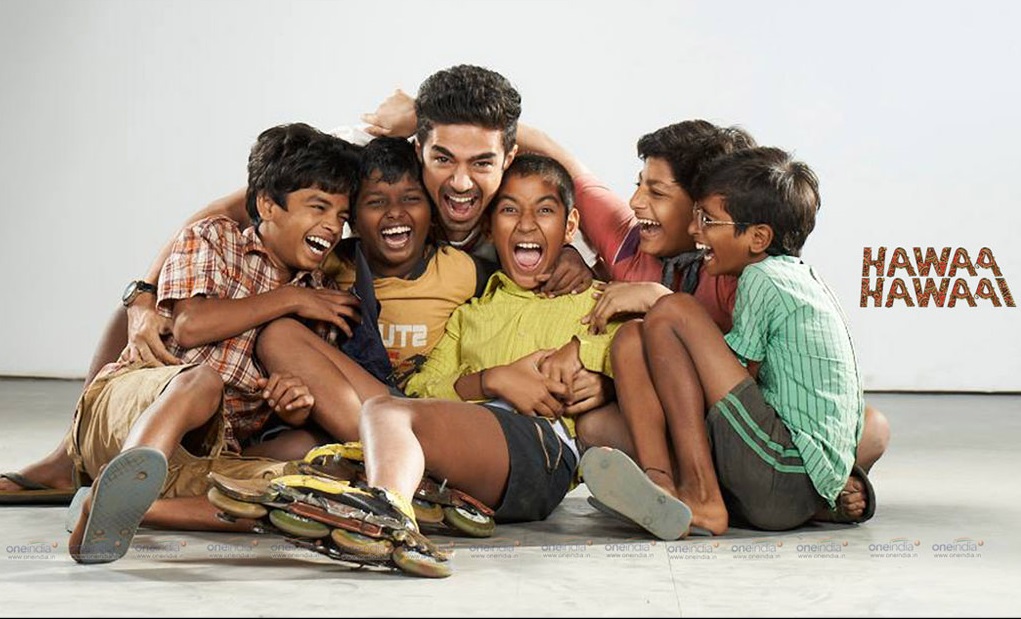 All in all the movie does have is great moments scattered all throughout. The 1st half is quite slow paced, and the 2nd half does not pick up any faster. Comparing the film to Amole Gupte's previous films may not have been the best decision (in posters) as this one seems to be a sole output from Gupte, which has an unbelievable climax. It definitely is not a mass entertainer, so the audience who would go in for this one would be discreet. If you are in love with the sport, or if you are an aspiring skater, you could definitely go in for this one. Suffering from a mid-air crisis Hawaa Hawaai fails to create a deep impact, but is thought provoking nonetheless.
1 Likes

Saqib Saleem: It breaks my heart to see Bollywood's credibility being ...