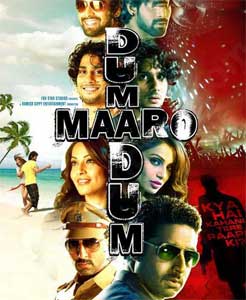 
The movie starts with the entry of Lorry and his childhood love Tani (Anaitha Nair). Lorry is a topper who just passed out from school. At the verge of following his girlfriend to US, Lorry becomes carrier for the sake of his career. 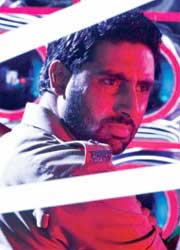 ACP Vishnu Kamath, a bereaved cop, who lost his family in a car accident. Kamath is appointed for the job of cleaning Goa from all illegal intoxicants by a cocky politician. Kamath accepts the job with little hesitation but with two conditions that he will be allowed to play his own rules and choose his own team. To help him in his assigned task, Kamath chooses Rane (Govind Namdeo) and Mercy.


DJ Joki gets a job at one of hotel owned by Lorsa Biscuita aka Biscuit, wealthiest and ruthless businessman and self-proclaimed king of Goa. Joki's girlfriend, Zoe, an aspiring airhostess, represents Goa, where innocence and beauty gets replaced by cynicism and abuse. Biscuit, part of every Goan pie, legal or illegal, the point person between all the mafias operating in Goa, traps Zoe to be a carrier for him.


Another story in Goa, but this time exploring town's prime export, drugs. Goa, portrayed in Dum Maaro Dum, is a Paradise on earth but every paradise has a few snakes.  This time the snake is Micheal Barbosa, a mysterious shadow and the ultimate drug kingpin.


Dum Maaro Dum starts with a little slow pace, taking ample time to introduce all the six characters and the events well 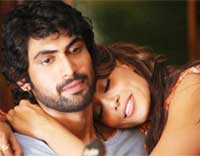 . Soon it catches up the pace with the gripping screenplay and making the movie more exciting, thrilling, and full of action, crime and suspense. Background score brings life to the movie, while music is just ok. The dialogues are among the best things this film's got. But the movie has some downsides where the main lead getting side tracked in the pre-climax and the actor in the supporting role walks away as the savior.


Abhishek Bachchan, powerful with his performance, gets close to perfection by playing the tough cop in his recent previous movies. Bipasha Basu, Rana Daggubati and Govind Namdeo did full justice to their respective roles. Pratiek Babbar and Adtiya Pancholi were not so impressive. Vidya Balan's guest appearance was just to prove her as Abhishek's best co-star. Surrounded by controversies, Deepika Padukone gave her best for the item number "Mit Jaye Gum...", but the song itself was a disappointment.


All in all, Dum Maaro Dum is an adventurous and suspense thriller, with unexpected twists at each and every turn and with no candy floss romance. The movie leaves you, time to time, with highs and sometimes a little disappointed. Go for it if you are a die-hard fan of crime, action, and thriller film.

Deepika Padukone continues to win hearts as she emerges winner in the ...

Deepika Padukone is eager to star in Hollywood films? Signs up with ...