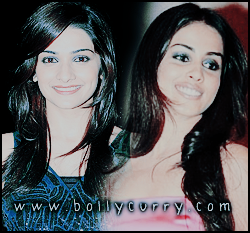 All Prachi Desai fans have a reason to celebrate! After rising to fame with her movies Rock On and Once Upon A Time In Mumbaai, Prachi is back to the silver screen once again!

After claiming date issues, the bubbly Genelia D'Souza stepped aside from working with Rohit Shetty in his upcoming film, Bol Bachchan. With no other option and desiring to waste no time, the director sought another actress for his movie. And here's where Prachi Desai steps in!

The film will also be starring Ajay Devgn, Abhishek Bachchan and Asin. Prachi's role will consist of playing the love interest of Abhishek in the film.
Time does not wait for anyone in Bollywood. If one steps aside, another is always ready to take their place!