'Assamese films are plagiarised. The filmmakers are only copying Bollywood masala films and movies from south and Hollywood,' Mazid told IANS.

'The situation of Assamese films is very clumsy. All filmmakers except a few like Jahnu Barua are following films from Mumbai and that is the reason why the films are flopping,' added Mazid, speaking on the sidelines of the ongoing 10th Osian's-Cinefast Film Festival here.

The director said that the government is not taking initiatives to help the industry.

'There is very little support from the government. It has no idea what an indigenous film industry is. Assam government should have helped us to make films about Assam and its culture. The film department is headed by bureaucrats and politicians who don't care about the cultural past,' said Mazid.

'Despite having film bodies like the Assam Film Finance Development, Eastern India Motion Pictures Association (EIMPA) and Producers Guild of Assam, nothing concrete is happening to help the Assamese film industry.

Mazid is in Delhi for the screening of Assam's first feature film 'Joymoti', which was directed by late Jyotiprasad Agarwalla, the first filmmaker of the state, in 1935.

The only print of 'Joymoti' had been lost soon after the death of Agarwalla in 1951. However, in the early 1970s, his younger brother, Hridayananda Agarwalla, traced seven reels of the print. They were incorporated in a documentary.

Mazid reconstructed, edited and subtitled the footage. He is now looking forward to digitising the film.

'Making films is my job and resurrecting the classics is my passion. I am reconstructing it due to my love for Assamese cinema. If no one else does, at least I have to,' he concluded. 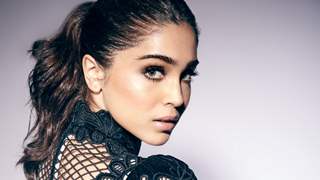