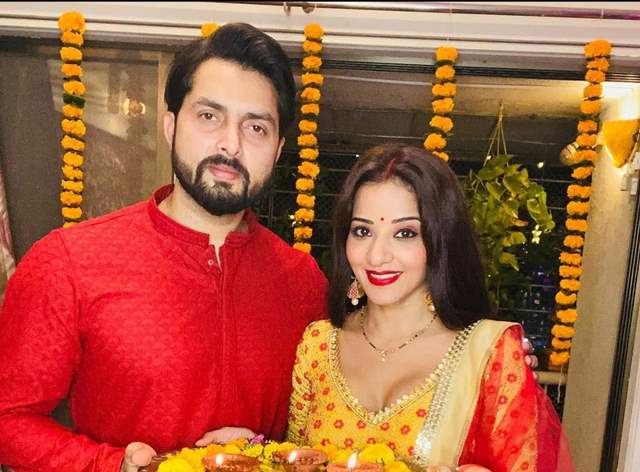 The trajectory of actor Monalisa's (Antara Biswas) career has indeed been one to witness. From being a barely known name in the Hindi entertainment industry to her stint in Bigg Boss Season 10 multiplying into getting more and more shows time and again. Now, one of the rather successful ladies on the small screen, she will also be seen as the negative lead in Namak Issk Ka that stars in over a couple of days.

It was also her relationship with Bhojpuri actor Vikrant Singh Rajpoot that was revealed on the reality show. The two got married post that and have been inseparable ever since.

A while ago, Biswas also created headlines for going through a humongous weight loss recently. She credited her husband for that where she said that it was Rajpoot who inspired her to lose weight. The actor mentioned that during this lockdown period the couple would keep working out and shed those extra kilos. She even mentioned that it was all about eating healthy food made at home and she didn't starve at all.

It is indeed great news for the fans of the actor where they seem to be embarkign on a new journey soon.

BB 14: Kavita questions Salman on why is Eijaz not reprimanded for ...

Monalisa is back with Gul Khan's new show on Colors