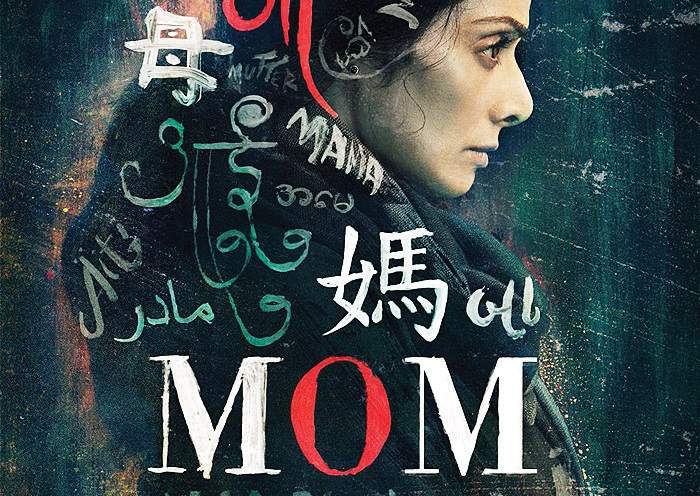 This fictionalised revenge drama has the same template as the recently released Raveena Tandon starrer "Maatr".

Here, the story focuses on Devki Sabharwal, a biology teacher who reprimands her student Mohit when he sends his classmate Arya an objectionable video clip. It is later revealed that Devi is also Arya's step-mom and there are acceptability issues between the two.

On Valentine's Day, Arya goes with her classmates to a party in a rural farmhouse where she rejects Mohit's overtures and soon finds herself hospitalised. A police case ensues and after the investigators fail to deliver Arya justice, Devki takes the reins in her hands. This forms the crux of the tale.

Despite the suspense elements that keep you glued, the cookie crumbles because of the cinematic liberties taken, especially in deliberately centre-staging the actors be it Sridevi, Akshaye Khanna or Nawazuddin Siddiqui.

This is Sridevi's three hundredth film and solely her canvas. She delivers her character passionately with her distinctive histrionics. You are one with her in her grief, but when it comes to the revenge bit, you distance yourself and ridicule the path. Nevertheless, she is convincing.

Akshaye Khanna, with his inimitable swagger, is wasted in the one-dimensional role of Mathew Samuel, the investigating crime branch officer. He has nothing much to offer.

Nawazuddin Siddiqui as the private detective Dayashankar Kapoor aka DK, with an interesting get-up initially seems walking through his character with witty one-liners. But over a period, you realise that his efforts are subtle and worth a mention.

Sajal Ali as Arya is fresh and exuberant. She delivers her part with solemn gusto.

Adnan Siddiqui as Devki's husband Anand Sabharwal is charming and earnest, but again the script does not permit him to shine.

The others who create an impact are Pitobash as the watchman Baburao, Abhimanyu Singh as the henchman Jagan Singh and the characters who play Mohit and his cousin Charles Diwan. They all have their moments of onscreen glory.

With excellent production values, cinematographer Anay Goswami's frames are glossy and aesthetically captured. One of the outstanding scenes is the top angle shot of the car moving on the deserted road at night. This visual, accompanied by A.R. Rahman's brilliant music, is haunting and is easily one of the highlights of the film.