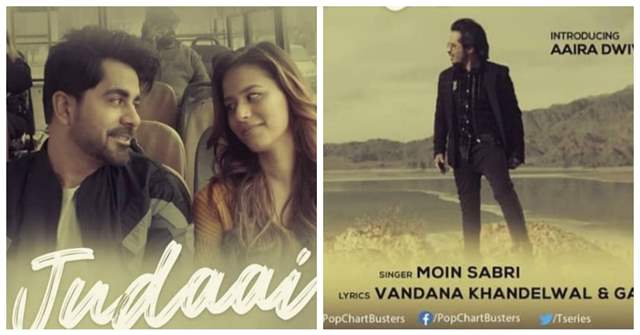 In the past few months, many Actors, creators and artists have come forward to provide exciting content to their fans be it music videos, short films or web series. One such music video which has stood out is singer Moin Sabri's 'Judaai'. The song which is titled as Judaai is sung by Moin Sabri and it features Gunjan Utreja and Aaira Dwivedi. The song is directed by Srman jain and music is given by Gaurav Singh.

The song has been shot in the beautiful locations of Kyrgyzstan which makes it extremely appealing and engaging. The beautiful lyrics penned down by Vandana Khandelwal and Gaurav Maheshwari adds to the music video and one can feel the intensity and the emotions through their screen. It will take you on a rollercoaster of emotions, with a powerful climax, making it a great music video to watch.

Gunjan Utreja and Aaira Dwivedi deliver a compelling performance, which will keep you engaged till the very end. The song beautifully portrays the love, pain and the problems that one undergoes in a relationship. There are also a few action sequences which has been performed brilliantly by Gunjan Utreja. The storyline of the song which has been extremely well executed makes the music video stand out.

This song can definitely be added to your playlist. The soulful voice of Moin Sabri will connect you with the lyrics almost instantly and it can be your go-to song which will fill you up with a number of emotions.

Have a look at the music video in the link below:

Mohit Kumar: Surviving in Mumbai without work is tough; it's ...
22 minutes ago