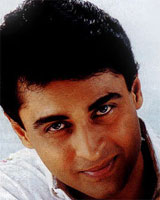 We had earlier reported that Additi Shirwaiker will be hosting Star Plus' matrimonial show Star Vivah, produced by BAG Films. We had also exclusively reported that Mohnish Behl, J.D. Majethia and Anupam Kher had been approached to co-host the show.

According to our source, "Mohnish Behl has been finalized as host and will be accompanying Additi. The show will bring together the perfect pairs with the tie-up with Shaadi.com".

We tried our best to get in touch with Mohnish, but he was busy with his shoot.

We could not get any confirmation from Nilanjana Puryakastha, Supervising Producer, BAG Films.

12 years ago come on Shanky!! u can dooooooooo it!!! Best of luck doc!

12 years ago wow mohnish is a perfect choice....best of luck mohnish :)