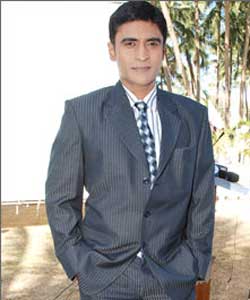 Mohnish Behl who has been away from the spot light after his popular show on Star One, Dill Mill Gayye, is all set to step into Sony TV's courtroom drama, Adaalat.

A source says, "Mohnish Behl is will essay a pivotal role in the show where he will be seen as the prosecutor opposite KD (Ronit Roy). Mohnish has not started shooting yet as he is out of town."

We tried to get in touch with Mohnish Behl, but he was unavailable.

Telly Buzz had earlier reported that Adaalat will be going biweekly and the Production is planning to launch it in a big scale.

"The first episode of biweekly will have battle of KD vs KD wherein Ronit Roy will be appearing in dual role", adds the source.

-ajna- 7 years ago Mohnish Bahl would have made an excellent prosecution lawyer ..would have loved to see him and Ronit pitted against each other !!

Sakshi_Deewani 9 years ago wow this is gonna b amazing!!! can't w8... ^_^
i agree with Nitu... Maya is really good... i too wud lyk a replacement of Pranali... Mohnish is a versatile actor

SweetSona2010 9 years ago Well that would be really interesting to watch. I love adalat & Ronit Roy! :)

Shahara3 9 years ago good news, will be much more interesting with Mohnish Behl in Adalaat as prosecuter.

Wistfulness 9 years ago One KD will be a criminal in disguise. Intresting.

dkmystery 9 years ago wow!! this is gr8 news, love both these actors

Luv-Shonit 9 years ago Dr Shashank is back!

For once the prosecutor is gonna be a guy.

shrutireddygr8 9 years ago Thanks for the awesome news... Love Mohnish!!! :))

TheRager 9 years ago It will be good to see Mohnish Behl in Adalat. The two actresses playing the prosecuters are disappointing.