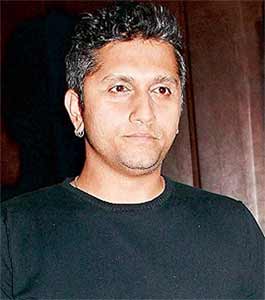 Director Mohit Suri, who has worked with Pakistani musicians like Atif Aslam and Mustafa Zahid, is now introducing Soch, a band from across the border, with his forthcoming film "Ek Villain".

Produced by Balaji Motion Pictures, the movie features a track by Soch, who have composed and rendered it.

Titled "Awari", the romantic rock number will be shot in Mumbai soon. It also features the vocals of Momina Mustehsan, who is originally from Lahore, but based in the US.

Zahid has also sung the "Zaroorat" track. It is expected to release online May 29.

"Much like Mohit's previous albums, 'Ek Villain' is an outstanding ensemble of mood, instrument and sound. Its strength lies in its diversity and simplicity. The tracks are soaked in romance and carry immortal appeal and value," Tanuj Garg, CEO - Balaji Motion Pictures, said in a statement.