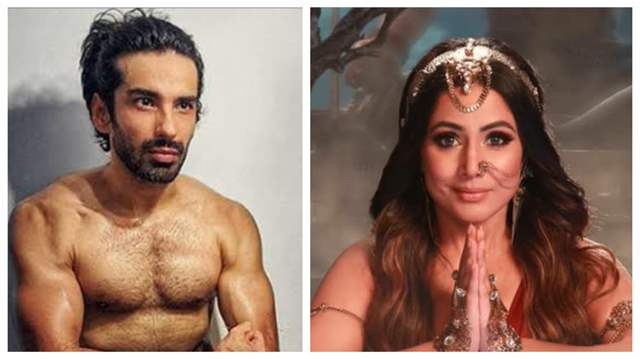 We may be just over a few hours away from the much-awaited and talked-about fifth Season of Naagin but names continue to pop up in every manner possible.

The show will be premiering tonight and while the likes of Hina Khan playing the titular role along with Dheeraj Dhoopar and Mohit Malhotra is already out and known, here's another major casting update on the show.

According to latest reports, none other than actor Mohit Sehgal has been roped in to play the male lead in the show. While Dhoopar and Malhotra are playing fantasy roles of sorts, Sehgal has apparently been finalized to play the quintessential lead of the show.

Reports suggest that he will play a positive character and his character will be called Jay in the show.

The show, as we know has also roped in an array of actors to play important roles with the likes of Kajal Pisal, Kamaal Malik, Shreyas Pandit, and Joshna Mudvari among others.

priya185 1 months ago These comments about Mohit are pretty nasty! Can we stop trolling for no reason? And care about the actor's mental health too !

awida 1 months ago How many actors they are going to cast?

Neonholic 1 months ago For male lead, I dont think he is an appropriate choice ! 🤨

Vidyarpillai 1 months ago What joker Mohit? Pathetic choice if true

ALUJNA21 1 months ago Mohit sehgal? Once again a bad choice.

ThePhilosopher 1 months ago What? I’m not sure he’s apt

Yami Gautam and Vikrant Massey collaborate for Mohsin ...
26 minutes ago

review
Review The Confession Review: The film Relieves all the Serial ...
47 minutes ago