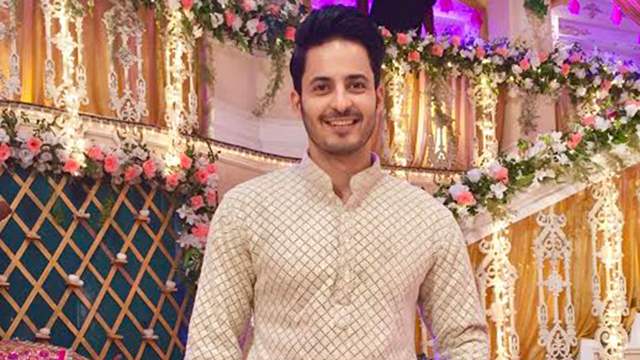 Naagin 5 is all set to go on-air this weekend and as it turns out, the show has already been grabbing a lot of attention after all. With an ensemble cast like Hina Khan, Dheeraj Dhoopar, and Mohit Malhotra, fans can't wait to see how the show turns out to be this time around. With rave reviews and loads of excitement, we could feel some of it while talking to Mohit in a candid conversation.

How have the reviews been?

Tell us about your character and the setting.

I am playing a 'sarvashresht nag' who really loves his Naageshwari and is ready to do anything for her and there is a sense of purity in their love for each other. Given that they are so much in love and are ready to give up on their life for each other, there have to be barriers, and in the show, Dheeraj is the antagonist which eventually brings out the drama, the revenge, etc.

You and Hina are back for a second time. How different is this?

It is obviously going to be a different kind of magic on the show since this is totally different, the costume element is there, the script is different and this is a new genre altogether. I think because our pairing did very well in the film we did and we will create magic once again and I am looking forward to seeing how people react to this.

Do you think supernatural has a genre has worn out?

Worn out? Not at all, and in fact, I think it is a genre that has been doing well and Naagin validates that fact given that it is through with so many seasons already and has been appreciated. Naagin, I'd always say is India's favourite show and with every season, I think it has been getting bigger and this season has a bigger star cast as well. People also need entertainment right now since things have just started getting normal for people, so I hope we receive the equal amount of love as has been in the past seasons, or more even.

This is a two male lead show, what do you have to say about it?

Dheeraj is a really nice guy and we have developed a good friendship over the days of working together. He is a mature guy and knows what to do and I really enjoy talking to him and we also have a bond. We are playing two different characters so there is no such thing and we, in fact, enable each other to improve our acting prowess and when you want to do better, it levels up your game.

Were you worried about shooting amid the pandemic? What were your apprehensions like?

Second thoughts. I obviously had apprehensions in the beginning because I thought this is not the right time to step out and the cases continue to increase, but when we were given the assurity and when I went on the sets, I witnessed the kind of safety that has been ensured, so it was a safe environment to work at and then you eventually feel good about it and focus on work. I was also looking out for something new so this was a great start.

Meanwhile, Mohit has been working on his production house as well and his love for music has gotten him into this and he has received loads of love. Thanks to all the work, he has been occupied during the lockdown.

On a parting note, what would you like to say?

It is a bigger show with loads of entertainment and fun with better special effects, and now that you have loved our pair, please give it to us once again and I am sure everyone can use the entertainment we have brought along.  I have loved being on the sets and I found my calling and my time on sets is very blissful and I am grateful that I have gotten the opportunity to work even during such difficult times.

Are you excited for the show? Drop your comments below!

VulnerableOP 1 months ago Hina Khan did a film? Got to know that today!

review
Review Shriya Pilgaonkar and Iqbal Khan steal the show away in the ...
-12 seconds ago