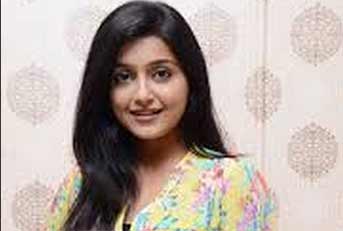 Model-turned-actress Avantika Mishra, who will soon be seen in forthcoming Telugu thriller "Maaya", says she neither has any filmy background nor any experience, but modelling gave her the confidence to try acting.

"If I wasn't into modelling, I wouldn't have got the confidence to be in cinema," Avantika, an engineering graduate from Bangalore, told IANS.

"I travelled a lot for modelling assignments, met new people and picked up new languages. All this gave me a lot of confidence to enter the film industry, which has always been alien to me.

"Had it not been for modelling, I wouldn't have got my portfolio made. People got to know about me and eventually I landed an opportunity to act. If it wasn't for modelling, I don't think I would be in the industry today," she added.

"I have been into modelling for about six months and when Neelakanta sir happened to see my pictures, he really liked them and asked me to come for auditions. It just took him 10 minutes to finalise me for the role," she said.

What made Neelakanta finalise you for the film?

"Initially, when I had gone to meet him, he thought I was too modern for the role. But suddenly my production designer put a big 'bindi' on my forehead and he felt he found his character," she said.

"Maaya", which also features Harshvardhan Rane and Sushma Raj, is based on Extra Sensory Perception and Avantika plays the character called Meghana who experiences it.

Being a newcomer, Avantika did have her share of nervousness on the first few days of the shoot.

"I was initially very nervous. Since I come with no acting experience, not even theatre, I found it very challenging in the beginning," she said.

But she thanks Neelakanta for "transforming" her into the character she plays in the film.

"He taught me acting from scratch and you could imagine the kind of efforts he had to put in. He was living the character with me. I learnt to be extremely patient, professional and focused," she said.

Avantika comes from a defence background and her folks were apprehensive about her entry into showbiz.

"Initially, my parents were not happy with my decision. I never planned to do films because when I started modelling, I wanted to participate in beauty pageants. When films happened, it was like a cultural shock for my parents," she said.

"They were more scared about my safety in the industry. But once I started working, I met good people and they were satisfied and relaxed," she added.

Avantika has already signed two big banner Telugu films and one happens to be with producer Dil Raju.