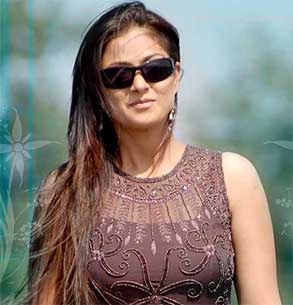 Simran Bagga, who ruled the Telugu and Tamil films for more than a decade, is making a comeback after five years in a cameo in Bollwyood's prestigious studio Yash Raj Films' (YRF) first southern production venture "Aaha Kalyanam". The former glam-girl rued that she missed the chance to work with YRF during her prime time.

The bilingual romantic-drama "Aaha Kalyanam" is the southern remake of "Band Baaja Baaraat", a YRF property.

"I would have worked with Yash Raj Films had they entered southern cinema before my marriage. I would have definitely done a few more films. I missed working with them," Simran, whose last outing was 2009 Tamil comedy "Ainthaam Padai", told reporters here.

She was speaking at the audio launch of "Aaha Kalyanam".

Simran is playing an extended cameo in the film, which is directed by debutant A. Gokul Krishna. It features Nani and Vani Kapoor in the lead roles.

Vani, who made her cinematic debut with Hindi movie "Shuddh Desi Romance", is entering southern cinema with the film.

Some of Simran's popular films are "Nerukku Ner", "Jodi" and "Vaali".