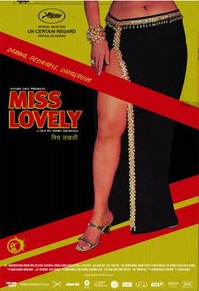 To aesthetically capture the scummy on screen in all their naked glory is not an easy task. Debutant director Ashim Ahluwalia has achieved a stirring and disturbing synthesis of a documentary-styled narrative on the not-defunct world of horror B-grade films from the 1980s, and a conventional Hindi film love triangle (two brothers, one girl, tension, tension!).

The storytelling is not just unique, it is also extremely disturbing. The characters do not follow the redemptive path from sleaze to atonement. They remain till the end damned, doomed and despicable in their greed to capture female flesh in lascivious close-ups.

The lure of the leer is laid out with a brutal directness. The tale is a trap for the compromised. But it's not a morality tale. 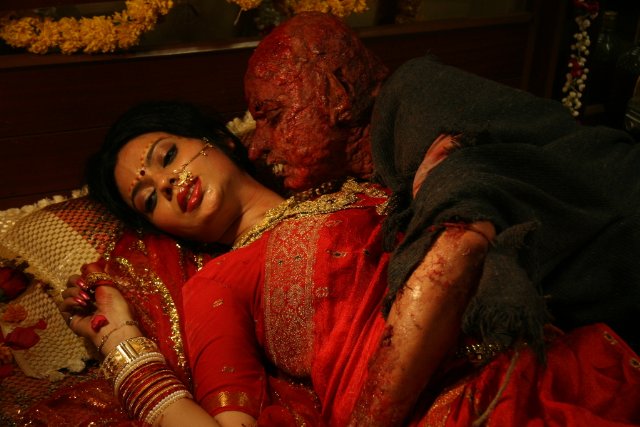 The camera space between the characters and the audience is next to non-existent in Ahluwalia's narrative. And that's the highest compliment one can pay the film's cinematographer K.U. Mohanan and co-editors Paresh Kamdar and Ahluwalia who have done their jobs so well they seem non-existent in the scheme of Ahluwalia's scathing sting operation on human depravity and uncontrollable sexual appetites.

There is an unevenness about the narration which perfectly matches the smoky seedy mood of the story. Barring Niharika Singh's character which epitomizes beauty in the sleazy cesspool, all the actors are captured in grotesque flabby close-ups. Niharika looks aloof and detached from the sleaze. She seems to be playing the title role. But then, deception is the name of the grime.

There is nothing pretty or lovely about "Miss Lovely". Penetrating into the horrifically immoral world of horror-porn films in the 1980s, Ahluwalia expends no shame in exposing the characters - the low-life money-spinners desperate to make a fast buck. 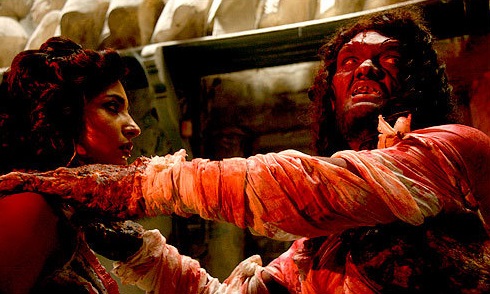 Scene after scene of cheesy titillation is piled on with little space for narrative niceties. In one sequence, a desperately ambitious starlet is introduced by her mother to a room filled with balding perverts.

Clearly Ahluwalia knows this dark desperate ugly world. He enters it fearlessly and shamelessly. The narrative pulls the characters out of their cheesy lair like cavities from a mouth filled with infected teeth. Emotionally and visually the narrative remains married to the murky until the bitter shocking end.

The finale leaves us as sick in the pit of our stomach as the rest of the film . These are characters who belong to the armpit of humanity. You can almost smell their dried sweat. The actors are so real you wonder if they are really actors! The four principal parts are played with disconcerting scruplousness by Niharika Singh, Anil George, Zeena Bhatia and last but not the 'leashed' Nawazuddin Siddiqui who continues to create compelling characters culled from dark desperate corners of the human condition. 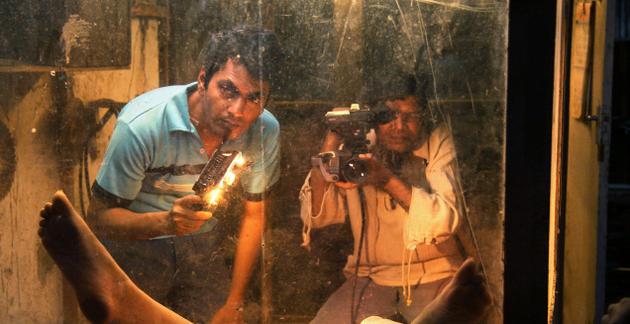 Nawazuddin's Sonu Duggal is a curiously untarnished soul trapped in a world of unmitigated debauchery. His romance with the wannabe starlet Pinky (Niharika Singh) comes to an expectantly sticky tragic end. The bitter rage with which Nawazuddin confronts the betrayal of his innocent love for the girl is more Shakespearean than you'd expect a film of this nature to be.

The blend of Ramsay and Shakespeare, of the perversely potent and spiritually impotent, is unparalleled. Loath or love it. But you've never seen anything like "Miss Lovely". It builds a world of vicious vices with the raw stock of gritty stark visuals and elemental emotions. The sound design is deliberately hazy, going as it does from Asha Bhosle-R.D. Burman in the opening credits to incidental distant sounds of girls giggling in fake ecstasy and moaning in ersatz pleasure. 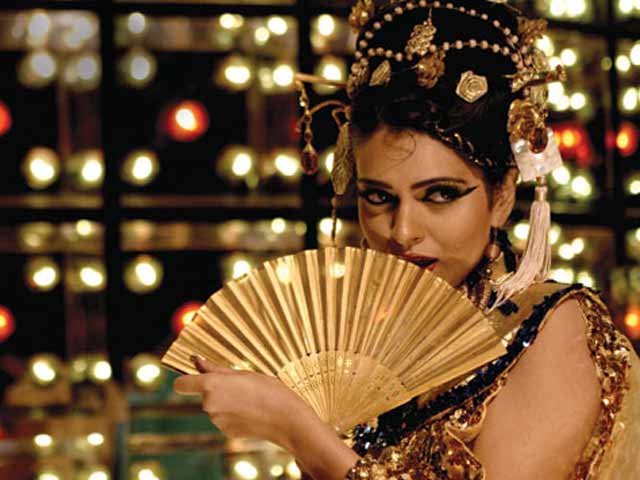 If we close our eyes we can "see" Ashim Ahluwalia's world for what it is: a blind alley infested with a cornucopia of debasement. Dark, sinister, sexy, dangerous and devastatingly lurid, the sleazy world of Bollywood's semi-porn scare-fests in the 1980s is recreated in a scarily new cinematic language.

"Miss Lovely" takes Indian cinema to another level. The view may not be pretty but it is unfailingly provocative and exhilarating. This film is not for the squeamish.

Rhea Chakraborty did not name any Bollywood actors during ...
17 minutes ago