View Profile
After a two years long commitment and work period, Aishwarya Rai Bachchan can at long last sit back and wait for the release of her sci-fi flick, Endhiran. A Tamil project directed by S.Shankar, which is to be later dubbed into Hindi (Robot) and Telugu (Robo) also stars Southern sensation, Rajnikant, opposite Aish.
While aboard the sets previously, the entire team of Endhiran came to witness the lesser known 'mischief' side to this blue eyed beauty! 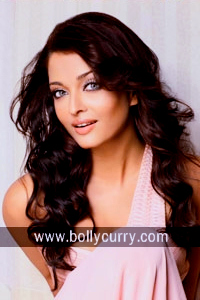 Rajnikant is widely acclaimed for the unparalleled style incorporated in his onscreen histrionics. So anomalous is it, that it even extends to the discarding of a cigarette butt. Apparently, so entertaining was this particular act by her co actor, the Southern mega star Rajni, that Aish in her cheeky wishing to watch him do it over and over again, came up with a devious prank to implement the scheme!
Apparently, she made persistent mistakes during its shooting, so that she could be witness to it at many scenes per end. Consequently, Rajnikant ended up enacting his much envied stunt six times!
She revealed of her planning to Rajnikant after the wrap-up of the shoot, mentioning her fascination with the way he flicks his cig away. Far from angry, the actor burst out laughing and took it in his stride.
Hah that! No whims too small for the big celebs now, are there?!
8 Likes

Arjun Bijlani talks about his first reaction on being ...
39 minutes ago