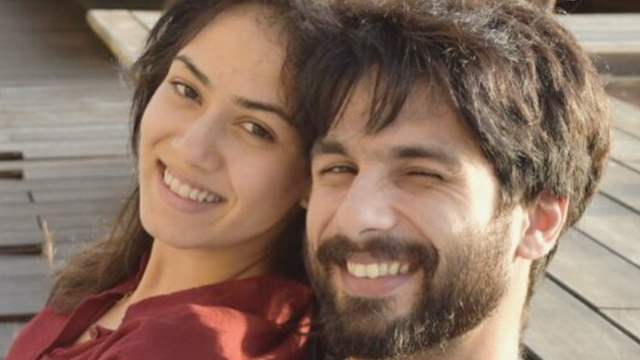 Actor Shahid Kapoor has had his share with of relationships with Bollywood beauties like Kareena Kapoor and Priyanka Chopra. However, when it was time for him to get married, he had his heart at the girl from the other world, Mira Rajput.

Shahid and Mira tied the knot in 2015 and in an intimate wedding and have two kids: daughter Misha and son Zain together.

But did you know that Mira was only 16 years old when she met Shahid Kapoor for the first time? In a recent interactive session on Instagram, Mira spilled the details about her first meeting with Kapoor.

It was when a fan asked asked Mira Rajput about meeting Shahid for the first time, she replied saying, “Just like meeting anyone for the first time, Interesting.” She further added, “It was actually when I was 16 and we were at a common family friend's house for a concert by a Sufi singer. Both our dads love that kind of music.”

Shahid and Mira welcomed their first born, Misha, in 2016 and turned parents for the second time to baby boy Zain in 2018. The family of four often take the Internet by storm with their utterly cute pictures.

Last month, during another such Ask Me session on Instagram, Mira was asked if she was pregnant for the third time, to which she had replied ‘No’ with a hilarious laughing face emoji.

Mira Rajput fires at hubby Shahid Kapoor for “Not doing a film which ...

1 months ago Eww... Shahid is such an mcp. Girlfriends tho hot heroines. Wife ho tho arranged, gharelu and atleast a decade younger.