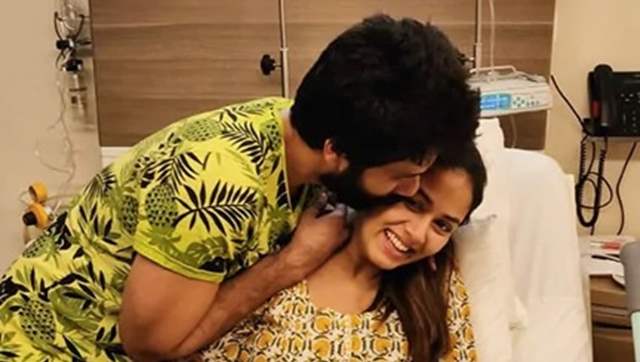 Bollywood's most loved couple Shahid Kapoor and Mira Rajput are setting new couple goals each day. The couple is quite active on social media and frequently rewards their followers with cute images of one another. And today the duo has shared another interesting picture and we just can't get over their cuteness.

Mira reminded followers of the time she was expecting Misha by sharing a cute snapshot of herself and Shahid as today their baby girl turns 5 years old.

Shahid can be seen lying on Mira's lap and making silly faces as she is pregnant with Misha and appears impatiently waiting for her baby to be born.

Mira captioned the post, “6 years ago, that night, this moment…Can you come out already? And then the best thing ever.” As soon as the young mommy dropped the picture, it garnered immense love from her fand and also her brother-in-law Ishaan Khatter who dropped several red heart emojis in the comment section. On the other hand, Kiara Advani wrote, “Awwww Happy Happy Birthday,” with a red heart emoji.

On the work front, Shahid Kapoor will be next seen in Ali Abbas Zafar’s action entertainer and it will mark the Kabir Singh actor’s first collaboration with the filmmaker. Shahid will also be making his OTT debut soon with Raj and DK’s upcoming movie Farzi.