View Profile
Bollywood actress Minissha Lamba was reportedly detained by the custom officials at the Mumbai International Airport on Wednesday! Apparently, the actress had not declared the gold and diamond jewelery that 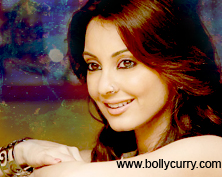 accompanied her. When found, she claimed that the high-valued items did not belong to her. She was said to have been carrying ornaments worth over 50 Lakhs.
When questioned about her non-declaration of the jewelery found in her possession, the lass claimed that she was unaware of the procedure requiring her to declare any accompanying jewelery. Minissha, who walked the prestigious red carpet at Cannes, stated that the valuables were handed over to her by a certain jewelery brand in lieu of promotional purposes at Cannes, hence admitting that the ornaments were not her own.
The actress, who landed at the Chattrapati Shivaji International Airport at Mumbai, from her visit to the Cannes Film Festival, was said to have been questioned for a painstaking 16 hours, after which she was allowed to leave after her official statement was recorded. She is likely to be called in for a second round of interrogation in a couple of days.
Action is yet to be taken against young diva, after a verification of her statement.
Carelessness, ignorance or crime, here's hoping that Minissha can wriggle her way out of this one!