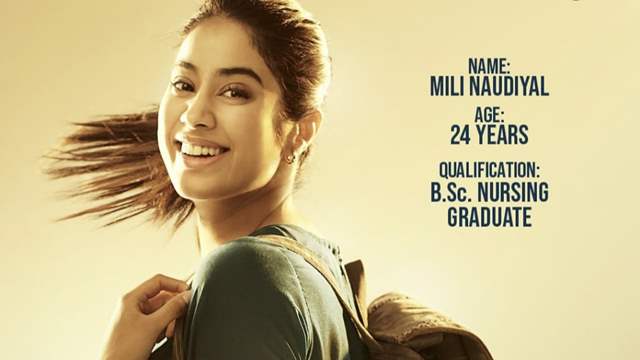 Janhvi Kapoor is all set for her first collaboration with her dear father. Her upcoming film, MIli is a remake and is produced by Boney Kapoor and is helmed by Mathukutty Xavier who directed the original, Helen. The original released in 2019, was raved for its plot. The director also received the National Film Award for the Best Debut Director at the 67th edition of the awards.

Well now, the Roohi actress took to her social media account and shared the two posters from the upcoming film. Sharing the first look she wrote, "In 1 hour her life is going to change #Mili"

Well talking about the poster, Janhvi Kapoor is seen looking back towards the camera with a big smile on her face. She dons a very simple look wearing a long top and ponytail carrying a backpack. The poster reads, "Name: Mili Naudiyal, Age: 24 years, Qualification: B.Sc Nursing Graduate."

In the second poster the Dhadak actress is seen freezing in cold and is donning a red coloured outfit. The poster reads, "Frozen but not Shaken".

The film is a survival thriller and also stars Manoj Pahwa and Sunny Kaushal in pivotial roles. In the original , actress Anna Ben played the titular role and also won the Kerala State Film Award (Special Jury Award) for her performance.

Apart from this, she will be next seen in Bawaal along with Varun Dhawan. The film will hit theatres on April 7 2023. Besides this, Janhvi also has Jana Gana Mana along with Vijay Deverakonda and Pooja Hegde in her pipeline. She will also star opposite Rajkumar Rao in Mr. and Mrs. Mahi, in one-of-a-kind cricket film. 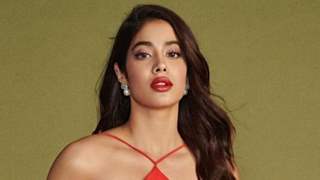