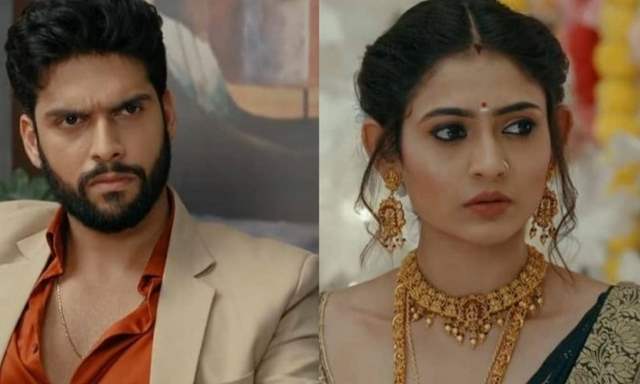 Mehndi Hai Rachne Waali on Star Plus is currently witnessing some drama. And up ahead, things will only get more dramatic. We will see ACP Laxmi talking about Raghav and how he has managed to play smart all these years, and despite the fact that everyone knows it, no one takes an action or make a complaint. Meanwhile, Raghav seems to turn suspicious of Abhishek when Pallavi's brother Nikhil talks to him. On the other hand, Keerti talks to Sunny about buying a new house and move out of the Rao mansion as she is often insulted here. However, Sunny assures her that it is not going to happen anymore.

Cut to, in the episode ahead, we will see ACP Laxmi visit Raghav, and as it turns out, he will already be aware of that. She will tell him how she was curious to know who he is and seeing this, Pallavi is left worried about it. While Raghav will ask her to get an appointment the next time he comes, she then asks him why didn't he complain when a necklace worth lakhs was stolen.

All of this will leave Pallavi worried. Meanwhile, Nikhil speaks to Amruta about Farhad and during this conversation, Mansi lashed out as her as well. While ACP speaks to Raghav, trying to get to know more details, as she talks about the smuggling of diamonds, indirectly dropping hints at him and also directly making him aware of how much money will he owe the government if he or any other smuggler gets caught.

During a conversation with the ACP, Pallavi expresses how Raghav would never do anything wrong, but Sunny, on the other hand, shows her the register with all the details about Raghav's business in it. He will then remind her how he is here to unleash all the truth about Raghav, however, as it turns out, it has photos of Pallavi, and not the bills, leaving Sunny stunned. She will then remind him to not create differences between her and Raghav, and she won't spare him the next time.

In the episode ahead, we will see Raghav and Pallavi share a sweet moment where the latter expresses her trust in Raghav. Meanwhile, ACP Laxmi reaches Abhishek, and while he tries to be on the run, she fires the gun, and we see Pallavi get blood all over her.