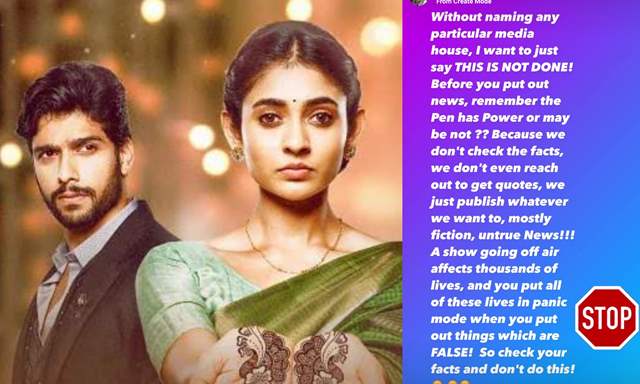 There have been multiple rumours about Mehndi Hai Rachne Waali going off-air. While the show has been in the news for its track, the lead actors Shivangi Khedekar and Sai Ketan Rao, among other things, there have been constant reports about the showing going off-air. Once again, the same news has been making the rounds.

However, it looks like it has left producer Sandiip Sikcan furious as he took to social media to shut down all such reports. Sandiip wrote, ''Without naming any particular media house, I want to just say THIS IS NOT DONE! Before you put out news, remember the Pen has Power or may be not?? Because we don't check the facts, we don't even reach out to get quotes, we just publish whatever we want to, mostly fiction, untrue news!!! A show going off air affects thousands of lives, and you put all of these lives in panic mode when you put out things which are FALSE! So check your facts and don't do this!''

Meanwhile, the show has been doing fairly with the audiences and is in fact, receiving a lot of applause as well. The track has been undergoing multiple twists and turns, the latest being RaghVi uniting against Mandar. In an interview with India Forums earlier, the producer also promised the fans a lot of drama ahead, one where the show will talk about how true love can overcome everything and fans are mighty excited to see that happen.

ALSO READ: Mehndi Hai Rachne Waali's Shivangi Khedkar: What you see on screen is the best we put with time restrictions 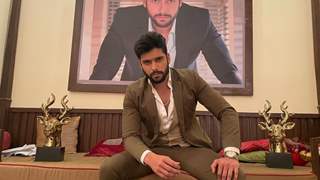 3 months ago MHRW is great show, has abit of everything - comedy, romance, drama, suspense, etc..

3 months ago Thank you 🙏 Love MHRW stay safe and healthy

3 months ago Hope the entire cast and crew stays happy and healthy. The actors get a lot of messages and they should know despite what their character is doing in the show, or the job they are trying to honor, that they are special and they are appreciated. It's hard to be in the spotlight ... it's just as stressful as a "real" job .. so keep doing what you love!

3 months ago MHRW IS MINDBLOWING JUST LOVE IT

3 months ago MHRW not going anywhere, one of the very few sane shows on itv. Raghavi and MHRW team - is best as always!

3 months ago Yeah, SS is an extremely supporting producer and spreading false news like these can affect the TRP of the show in the long run, it leaves fans dejected and sad. We need a good ending for one of the best shows in ITV right now!!!

+ 5
3 months ago Kuch bhi bolo lekin Siku baba goes to bat for his show and crew and thats truly commendable. Whatever happens happens. But im hoping we get Mehndi Hai Rachne waali for a little longer for Raghvi and for a clean ending to a beautiful story Love MHRW. Sai ketan raoShivangi khedkar