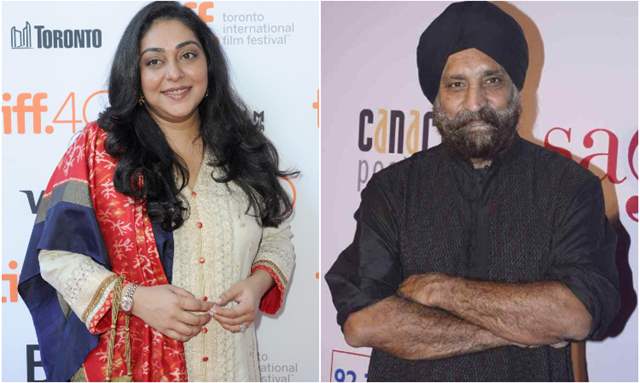 Director Meghna Gulzar has landed herself in controversy after writer Harinder Sikka - author of the book Calling Sehmat (on which the film Raazi is based) accused her of removing him ‘from everything’ in order to make ‘every credit’ of the film. The accusations come after netizens have raised their voice against injustice and nepotism in Bollywood. The movement has definitely offered hope and courage for the artists.

Sikka alleged that Meghna Gulzar did not give him credit at several platforms purposely. He also accused her of delaying his book’s lunch, removing him from the Jaipur Literature Film Festival and an awards event.

Although, filmmaker Meghna Gulzar has not responded to the accusations yet.

In an interaction on Sunday with Republic TV, the writer held a printout of an email and said, “I wrote Raazi and this is proof against my name by (Meghna) Gulzar. It was written to me by Jaipur Literature Festival. I was removed from everything, from Filmfare, my book was not allowed to be launched by Gulzar in person. You want me to read out this email where the Jaipur Literature Festival head says, ‘In my 35 years of career, I have never seen anybody bulldozing to remove one person.’ In this particular case, Gulzar is the case in point.”

“My book was tried to be delayed? Why? Every credit must go to Meghna Gulzar. First Jaipur Literature Festival, then the Filmfare Awards. The best original screenplay award was to be given to me but it was removed, it was given to some film by the name Andhadhun which was a copy of a French book because I was to be removed,” added Harinder Sikka during the panel discussion.

Sikka also alleged that Meghna stole the credits of the Delhi-based lawyer for her recent film, Chhapaak. He claimed that whatever happened with him was because of the fact that he is an outsider.

He said, “It is not the only one, what did Meghna do further! Chhapaak. She took away that poor writer – the lawyer in Delhi, her credit away. Ask Ravi Tandon (Raveena Tandon’s father) about what happened. There is a history of mafia operating. I have nothing against nobody, it’s not my profession. This happens because I was an outsider.”

Apart from Raazi, Sikka had also produced the film Nanak Shah Fakir in 2018, which went on to win three National Film Awards.

The ‘Insider vs Outsider’ debate continues to rage and several stories have been uncovered recently. Sikka made an addition to the long list as he said, “My film that was to go for Oscars – Nanak Shah Fakir was not allowed because someone came from Bollywood and said, ‘Oh he is an outsider, we were send our picture’.”