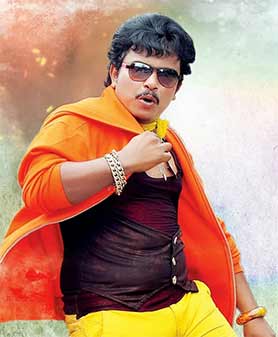 Actor Sampoornesh Babu may not have received a lifetime achievement award yet but the newcomer describes the moment he met superstar Rajinikanth as equivalent to that.

"I'm just an ordinary actor. Meeting superstar Rajinikanth is like a lifetime achievement award for me. I will cherish it for for ever," Sampoornesh told IANS.

The actor had his meeting photographed and posted the picture on his Twitter page.

Sampoornesh became an overnight star with his Telugu spoof comedy "Hrudaya Kaleyam". He is currently working on a film in the same language titled "Kobbari Matta".