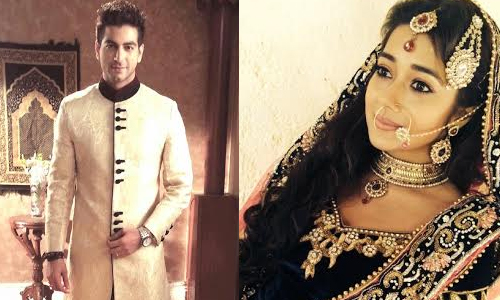 Film Farm's Uttaran on Colors' is witnessing an interesting twists and turns ever since Meethi meets with an accident and reaches to Pakistan.

In the forthcoming tracks of the show, some high voltage drama is waiting for the viewers according to which Meethi (Tina Dutta) will get married.

"When Ansari comes at the airport to meet Meethi to help her go back to India, he gets shocked to see Meethi and Ashfaq entering together as married couple. Meethi and Ashfaq will do their Nikaah secretly and eventually Ashfaq's family will be surprised to see him married to Meethi and will question him that he shouldn't have done this," adds our source.

When contacted Sahil, aka Ashfaq, he said, "I have been given a proper Muslim look with Sherwani and Pajama for the Nikaah track and Meethi is looking amazing too in her attire."

It would be interesting for the viewers to watch the consequences of the Nikaah of Meethi and Ashfaq!

Tina Dutta says, ''Iccha has always been one of my most memorable ...

-Sud- 6 years ago Hope they both are acting to bring Asgar truth out...
Loved you Tina Dutta and Mrunal Jain

loveyouichcha 6 years ago Wish this marriage is a drama, want only Meekash

coolpd93 6 years ago to b frank she was married thrice b4...first mistake marriage to akash...then a sacrificing marriage to vishnu...then a pyaar(well...) marriage to akash again...now what kinda marriage r they gonna show now...i think i'm wastin my tym on commentin here

The_Trendsetter 6 years ago Frankly Uttaran really needs to end. Its full of negetivity and showing the leads only suffering for no raeson. Watching Uttaran just for Tina Dutta . Love her loads...

Avika.Gor 6 years ago Tina and Sahil rocks as JODI. Want real marriage of them n end of show.