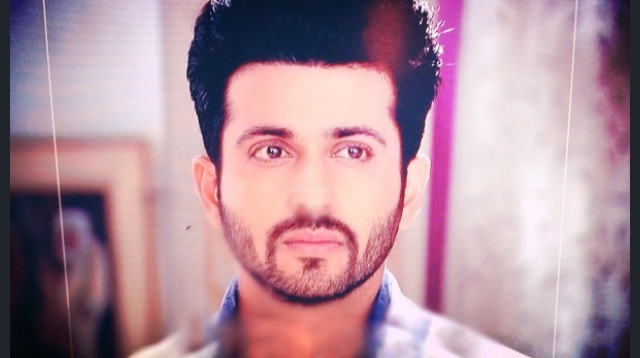 We at India Forums, exclusively reported to you about Zee TV show Kumkum Bhagya coming up with it's spin off show. And now, of what we hear, the lead for the spin off, Kundali Bhagya has also been finalized.

Any guesses who is it?

Well, it is none other than the Sasural Simar Ka actor, Dheeraj Dhoopar. He will be playing the male lead in the show, and will star opposite a new girl in the show.

Dheeraj was associated with Sasural Simar Ka for almost five years and decided to call it quits in the search of something better.

We tried contacting Dheeraj, but he remained unavailable for a comment.

YeahMe 3 years ago So this is actually happening, like seriously.

EK couldn't give a story for Rabul but can bring this nonsense.

salmagurl21 3 years ago He is a love interest for one of pragya's sisters they have mauri joura playing the second lead. They have it on tellychakkar of what the show will be about with four sisters and they separate during the parents separation so dad's last dying wish is for the sisters to find pragya.

MrDarcyfan 3 years ago A spin off for a show that actually has no story? I've heard nothing happened on this show in 3 years, as it no plot progression and now a spin off? Hope the audience is ready to take more innane nonsense. EK's shows have good bases but start to loose the plot. It seems neither EK nor GK can ever stick to the story they planned to tell. LOL

Angela_Grokes 3 years ago Moe spin offs on the way people. Can I suggest some names?
Kalash Bhagya, Kamal Bhagya, Kacchha Bhagya, Komal Bhagya, Kachra Bhagya? Honestly, her creatives are not so "creative"!

*Dev.* 3 years ago LoL! No offense but I really find that show as lame with particularly no storyline and now it's haVing a spin off with odd name Kundali Bhagya!

Ekta has gone nuts or what. Why can't she focus on making good shows instead of TRP hungry shows. Her shows are good and audience love them initially but then her creatives' butchers their storylines. I honestly think such non sensible long running shows should be stopped. There should be some rules for them as well so that new shows can take those places and give fresh content to viewers. Audience deserves better from such spin offs.

fatssrilanka 3 years ago Isn't all of Ek's shows a spin off ? I mean every show tracks or characters are inter connected some way or the other. I think Ek madam seriously needs a break. She's broken all the norms from rapes, extra marital affairs, multiple marriages and what not. And, now this so called spin off.

love_never_dies 3 years ago The f****..
No offence to anyone, I thought this "Kundali Bhagya" title and thing wasn't real but this article .. lmao.. man, who came up with this title Kundali Bhagya ? Hahahahaha

review
Review Review: 'Bandish Bandits' Hits The Right Tunes With its ...
12 minutes ago