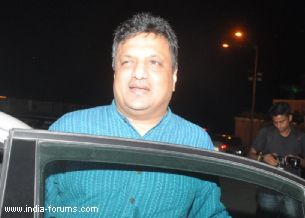 It's a known fact that Sanjay Gupta loves bringing crime sagas like "Shootout At Wadala" on the silver screen, but there is another side to the filmmaker - he is a passionate biker, owns four mean machines and is a member of the Harley Owners Group (HOG).

From riding on international bike trails in Cape Town, Pattaya and parts of the US, he hits the road on his favourite machine at home also and does the Mumbai-Pune stretch often.

"Wherever I have travelled, I try to figure out a way and take some time out to pursue my passion for riding," Gupta, who has once again hit the road on his mean machine with his friends, told IANS.

"I am not a speed junkie. I am not into excessive speed. I like to ride; I am an easy rider. So when abroad, I usually take the Harley as I am part of HOG," he added.

He owns four powerful machines. "One is the Harley, super glide custom limited edition and the second is a Ferrari - its red, fancy and flashy.

Gupta's yet another prized possession is Yamaha Vmax, considered to be the most powerful bike on earth.

"It was gifted to me by (actor) John Abraham on the success of 'Shootout At Wadala'," said the filmmaker who directed the crime saga, while John played the main lead in the film about the first official gun battle of Mumbai Police.

"It's gorgeous. It's a beast. It's a very aspirational bike. Any bike lover would like to own it and that is one bike you can keep for years and years. You don't have to upgrade it - they (the brand) themselves don't upgrade that bike in less than 10 years.

"It's a flagship motorcycle from Yamaha and they are so proud of it they don't even put Yamaha name on it and they stick to Vmax," he added raving about the gift, which he is currently using for his excursion from Mumbai to Goa.

With experience in riding bike globally, Gupta also lauds the new trails that have opened up in the country in the last few years.

"Routes are growing. There is a classic route from Manali to Leh, but that is more of adventure biking. I want to go from Delhi to Leh," he said.

Those looking for easy fun ride should try the Mumbai-Pune route, he said.

"It is a fabulous route that I do almost every two weeks. From Pune, take the Goa highway, the road connecting Goa to Karnataka, come out in Bangalore and do the south and come back."

Those who do not fancy the longer rides can go for "shorter runs - Mumbai-Nashik, Mumbai-Ahmedabad, Mumbai-Surat - these are brand new expressways and relatively safe," he said.

If Gupta took his plunge as a director with the 1994 Sanjay Dutt-starrer "Aatish: Feel the Fire", his love for bikes started even before that.

"My biking goes back to school days, when I used to ride a cycle. I was a state-level cyclist through my school years. During my college years, I was competing in inter-collegiate and state level cycling in Mumbai," he said.

Which was your first bike?

During his college days, the bike was Gupta's best companion while he simultaneously pursued his studies and movie making aspirations.

"I was an assistant director right through my college years - from my senior school till I graduated. That time I was on the bike, getting here from there. Then I moved on to cars.

"I waited till I could afford to buy a decent bike again. When I could, it was during the making of 'Kaante', I got myself Yamaha V Star 650 cc, which was also a cruiser. Then I jumped to Honda Valkyrie 1800 cc six-cylinder bike - it was huge and I used it in my film 'Musafir', the one that Sanjay Dutt rides. After that I lost count as I kept buying and selling," he said.

Any other sports he endorses?

"Actually I am not that much into sports. Biking is my only passion. I love trekking and just my regular gymming," said the filmmaker whose next directorial venture coul be "Mumbai Saga".

(Arpana can be contacted at arpana.s@ians.in