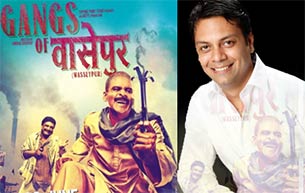 "Meeruthiya Gangsters", written and directed by Zeishan Quadri - the writer of "Gangs Of Wasseypur" - was launched here and the shooting will begin June 15.

"The intention of 'Meeruthiya Gangsters' is realistic cinema at its best packaged and presented as pure commercial entertainment. We have chosen a cast which have proven their mettle in the acting field," Quadri said in a statement.

Based on a real life incident, it features actors like Aakash Dahiya, Vansh Bhardwaj, Jaideep Ahlawat and Jatin Sarna.

"We are proud to be a part of a project where we believe that the content is king. We believe that the story should be able to bind and hold the audience instead of stars. And we intend to produce more such films in that belief," said Prashant Tiwari, chairman, Prateek Group.

The film's shooting will begin in western Uttar Pradesh and Noida from June 15 and it is expected to release in February 2015.