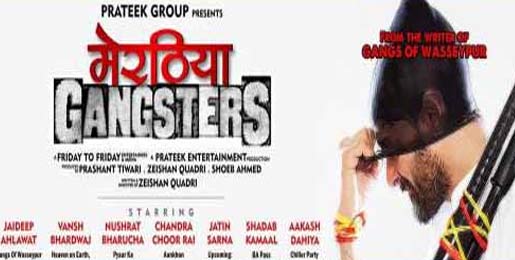 "Meeruthiya Gangsters", the directorial debut film of Zeishan Quadri -- writer of the critically acclaimed movie "Gangs Of Wasseypur" -- will hit the screens in September instead of June.

The film is now slated to release on September 18, read a statement.

"I have got an overwhelming review from directors like Anurag Kashyap and Nishikant Kamat after watching 'Meeruthiya Gangsters'. Let's see what the audience feels about the movie once it hits the screens," Quadri had earlier told IANS.

It is a quirky tale of six friends from Meerut and their adventures and misadventures in the world of crime.