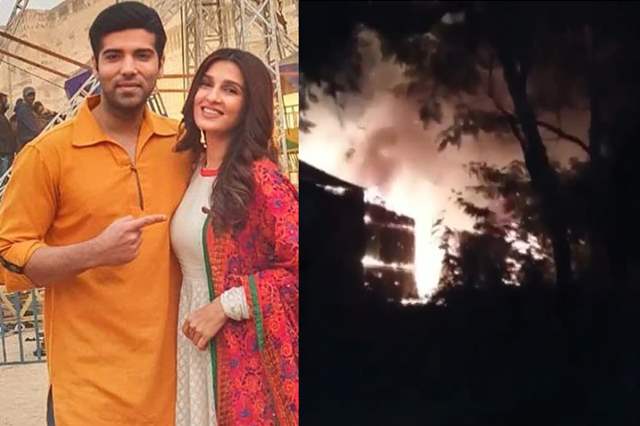 Star Plus' recently launched show, Pandya Store witnessed an unfortunate occurrence recently where the sets of the show endured a massive fire.

Some parts of sets, some costumes and some shoot material caught fire and were completely burnt. The cause of the fire is still unknown.

Fortunately, the fire that break out led to no causalities  and everyone is safe.

Producers , Sunjoy Waddhwa & Comall Sunjoy Waddhwa, in an official statement shared, “A part of the set of the show Pandya Store caught fire post-pack-up of the shoot. The extent of damage in respect of this accident, is yet to be determined. The magnitude of the fire was minor in nature and has not disrupted our operations. Everyone, including the artists and the crew members, are safe and shooting has resumed.”

The show stars Kinshuk Mahajan and Shiny Doshi in lead roles and is a remake of Tamil show, Pandian Stores.

Latest update says that the shoot has resumed already.

13 days ago Hoping everyone is safe and sound