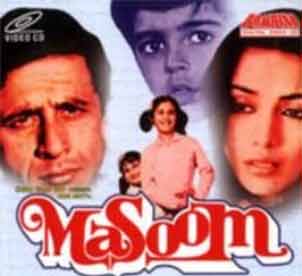 Bedabrata Pain, who won the National Film Award for his maiden venture "Chittagong", Saturday said he is in talks to direct a remake of the 1983 cult hit "Masoom" and claimed it will be different, he claimed.

"I want to do it but it has not to be the remake of the 1983 movie. I am in discussion with the producers. I want to direct a movie based on the 'Man, Woman and Child' but the man has changed, the woman has changed and the child has changed..it has to be a different take on the story," Pain told IANS on the sidelines of the Apeejay Kolkata Literary Festival 2014 here.

However, scientist-turned-director Pain remained tightlipped about the casting of actor Nawazuddin Siddiqui as the male lead.

"I can't say anything unless the producers confirm."

Besides the Hindi film, Pain is also set to helm the Hollywood independent venture "Dervish".

"Its a story of a black man in search of his daughter," he said, adding the films in the pipeline are in the script-writing phase.