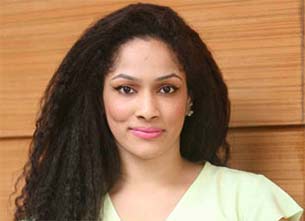 Young designer Masaba Gupta, who has completed an year as fashion director at Satya Paul, says it has been one of the best things that has happened to her so far.

"Being appointed as the fashion director of an iconic brand like Satya Paul has been one of the biggest moments in my life up till now," Masaba said in a statement.

She was only 24 when she got the role. Daughter of cricketing legend Vivian Richards and actress Neena Gupta, the young designer has since then worked hard to bring a revolution in the design and inspiration of the brand. And she is expecting the same success in the coming years.

"I'm grateful for the response we've got for the recent collections as well as excited for the plans that are currently in the pipeline. All in all, 2014 is looking up," Masaba added.

To mark the anniversary celebration, the designer has picked out a few of her favourite products that will be retailed under the "Masaba Loves" category. The selected range of products would be retailed at Satya Paul stores throughout the holiday season.

Satya Paul, known for its ingenuity in design and a vivid colour palette, was established in 1985 by its namesake. As part of Genesis since 2001, the brand has footprints at over 30 locations in the country.

Sanjay Kapoor, managing director at Genesis, describes it as "natural progression" for the brand to come up with something new and exciting.

"Last year, Masaba has already showcased her debut prt and Demi Couture line for the brand. It has been a natural progression of sorts. The dramatic prints such as the lipstick, telephone booth, abstract and ink drops have been worn by celebrities like Sonam Kapoor, Madhuri Dixit, Genelia Deshmukh and are a hit in our stores, online and offline," said Kapoor.

Masaba made her foray in the industry with GenNext fashion show at 2009 Lakme Fashion Week. Her collection made her win the most promising designer award at the event. It was followed by the launch of her flagship store in 2010.

Known for quirky prints, with feminine drapes and silhouettes, Masaba prefers to use organic fabrics with classic weaves, patchwork and all in vibrant colours.

Sanjay Kapoor on How 'The Gone Game' Turned Out To Be a Blessing in ...

Rakul Preet Singh confesses to being a part of drug chats ...
0 seconds ago