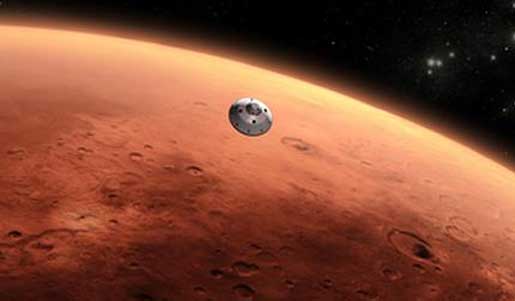 India Wednesday created space history by becoming the first country in the world to enter Mars' orbit in its maiden attempt. Expressing their joy, Bollywood stars say that it is a "historic" moment for all Indians.

Here is what B-town tweeted:

Akshay Kumar: Woke up to the great news of #Mangalyaan, the cheapest Mars mission ever! What a great achievement. Congrats @ISRO #ProudIndian

Madhur Bhandarkar: Mangalyaan enters the Mars Orbit. An emotional & proud day for ISRO & all Indians as we have achieved this feat in first attempt! Jai Hind!

Riteish Deshmukh: #Mangalyaan Every Indian should be proud of this achievement. Congratulations team @isro.

Virr Das: I love how "Dude! Your MOM went to Mars" is now a legitimate and sensible sentence. Congrats!!!! #isro #Mangalyaan

Ranvir Shorey: Congratulations, @isro, and thank you for making us proud. Wish for more such moments.

Mohit Chauhan: #Mangalyaan... A historic n proud moment for every Indian. Congratulations is a small word... So is Thank you. #ISRO scientists take a bow!