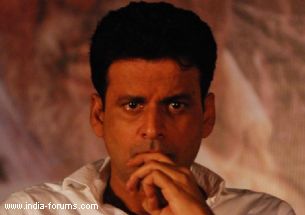 Actor Manoj Bajpai has featured in movies, which had blood, action and fight sequences, but he doesn't enjoy doing them.

"We reached the location where the climax is being filmed for another seven days. Don't like fights, action, blood but one's got to do it," he posted on Twitter.

The "Gangs Of Wasseypur" star is currently shooting for his upcoming film "Tevar", which stars Arjun Kapoor and Sonakshi Sinha.