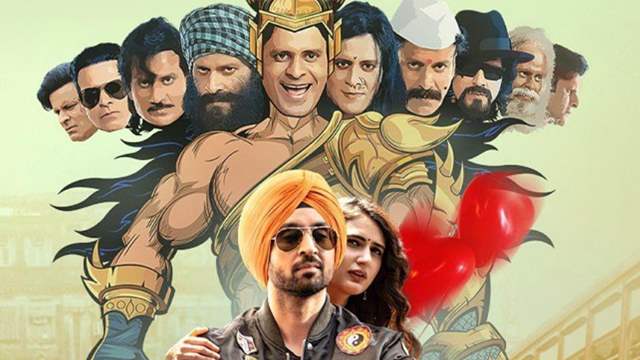 ‘Suraj Pe Mangal Bhari’ was one of the first few films to be released in theatres post lockdown, and you can watch this knockout comedy with your family.

Set in the early 90’s, the film shows Manoj as a wedding detective doing background checks on grooms and as he prepares to do checks on Diljit’s character, a ton of weird and fun situations arise. Definitely watch it for Diljit and Manoj’s chemistry in the film.

Talking about the films digital premiere, Manoj Bajpayee shares, “I am really looking forward to the film getting its digital premiere, we received as good a response as we could have amidst a pandemic after running for 50 days in the theatres and for those who missed seeing the film, it will be much easier and safer now, all they have to do is log in to the ZEE5 app. Suraj Pe Mangal Bhari’ is a complete laughriot and a perfect watch with your family. Streaming now on ZEE5”

Suraj Pe Mangal Bhari premiered on ZEE Plex earlier (pay per view) and now is all set to release on 13th January 2021.

Watch: Fatima Sana Shaikh cuts cake with a sword as she celebrates ...