Bangalore, Oct 1 (IANS) Singing legend Manna is being honoured with the Dadasaheb Phalke award at the age of 90 and his close friends here feel that the highest honour in Indian cinema has come late.

'Manna Dey should have got recognition much earlier. When Lata Mangeshkar got the prestigious Bharat Ratna award, I thought dada will get the Padma Vibhushan. But he did not get it. I am happy that now the film industry's greatest honour has been bestowed upon him,' said Guru Kiran, Kannada film industry's well known music director.

'I loved Manna Dey as much as I loved (Mohammad) Rafi and Kishore Kumar. He has a great range in music. 'Ae bhai zara dekh ke chalo' and 'Chunari sambhal gori' are my all time favourite songs. It is gratifying that Manna Dey is living with us here in Bangalore,' he added.

Born as Prabodh Chandra Dey May 1, 1919 to Purna Chandra and Mahamaya Dey, the singer was a name to reckon with in the Hindi film industry from the 1950s to the 1970s. He has recorded more than 3,500 songs over the course of his career.

'Dada (Dey) should have got the award much earlier. It is too late, but we are very happy,' said Birendra Nath Das of the city's famous KC Das Sweets.

'Everybody knows that dada is a wonderful singer. His music was liked for its class. He was a niche singer. He was always available for singing in many social and cultural programmes held by Bengalis and others in Bangalore,' added Das.

In May last year, he had performed for a cause and the proceeds from the concert was used to fund the education of underprivileged children in the city.

He was also felicitated here by the Jadavpur University Allumni Foundation.

After staying in Mumbai for more than five decades, the singer sold off his bungalow in Juhu and moved here to be with his younger daughter Shuroma. Manna Dey and his wife Sulochana Kumaran, who was from Bangalore, loved the city.

Apart from singing for numerous Hindi and Bengali films, Dey sang for three Kannada films. Out of them, the most popular was 'Kuhu Kuhu' from the movie 'Kalavathi'. He also sung the song 'Kannillaveno, Nija Kanadeno' for the movie 'Margadharshi' and 'Jayathe Jayathe' for 'Kalpavruksha'. 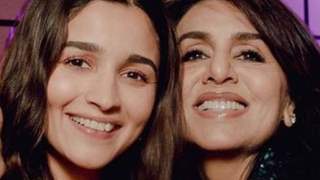