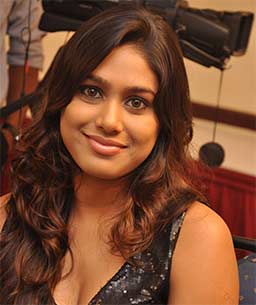 Impressed by her performance in National Award winning Tamil film "Vazhakku En 18/9", filmmaker Seenu Ramasamy has roped in Manish Yadav in upcoming drama "Idam Porul Eval". She will essay the role of a girl belonging to a farmer's family in the film.

"I really liked Manisha's performances in 'Vazhakku En 18/9' and 'Aadhalal Kadhal Seiveer'. I had auditioned a few girls for the role, but I felt she was apt. She plays a mountain-based farmer girl in the film and I feel she can do justice to it because she has handled mature roles," Ramasamy told IANS.

Manisha will be paired with Vijay Sethupathi in the film, which also features Vishnu Vishal.

"We will start shooting from March. We are currently busy finalizing the rest of the cast, including Vishnu's pair," he added.

The National Award winning filmmaker Ramasamy is credited for catapulting the careers of Vijay and Vishal. He's happy to collaborate with them again.

"They've wanted to collaborate for a long time. It has finally happened now. I'm extremely happy to see them become successful in the industry," he said.

While Ramasamy worked with Vijay Sethupathi in "Thenmerku Paruvakaatru", he collaborated with Vishnu Vishal in "Neerparavai".

Meri Durga fame Ananya Agarwal bags her next on Star Plus!