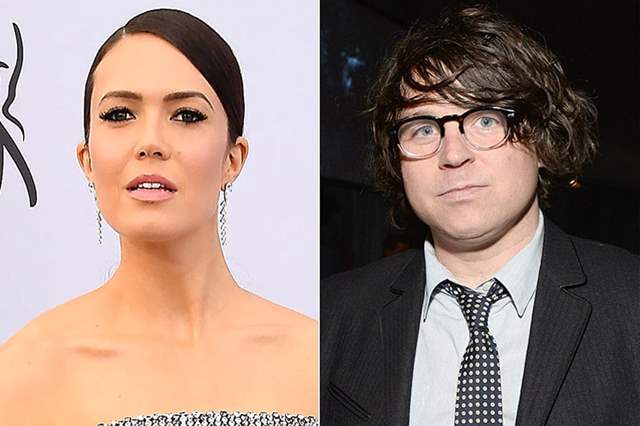 Back in February 2019, the New York Times published a story in which seven women including Mandy discussed Ryan's impact on their careers and his alleged use of sexual manipulation throughout their work and personal relationships. And now, recently Mandy Moore is reactint to Ryan Adams' public apology from this past weekend. In a letter to The Daily Mail, the musician expressed his regrets over his past behavior.

"There are no words to express how bad I feel about the ways I've mistreated people throughout my life and career," he wrote in part. "All I can say is that I'm sorry. It's that simple. This period of isolation and reflection made me realize that I needed to make significant changes in my life."

Fast-forward to Monday morning's Today's show where Ryan's ex-wife Mandy was asked about his words.

"It's challenging because I feel like in many ways I've said all I want to say about him and that situation, but I find it curious that someone would make a public apology but not do it privately," she explained to Hoda Kotb. "I am speaking for myself, but I have not heard from him, and I'm not looking for an apology necessarily, but I do find it curious that someone would do an interview about it without actually making amends privately."

Ryan's attorney spoke on behalf of the singer and denied the "extremely serious and outlandish accusations." His client would later speak out on social media.

"I am not a perfect man and I have made many mistakes," Ryan wrote. "To anyone I have ever hurt, however unintentionally, I apologize deeply and unreservedly. But the picture that this article paints is upsettingly inaccurate."

Mandy and Ryan got engaged in 2009 and divorced in 2016 after nearly six years of marriage.

Bryan Adams Has A Racist Rant Over Cancelled Gigs

Kubbra Sait Slammed By Kangana For Supporting ...
27 minutes ago