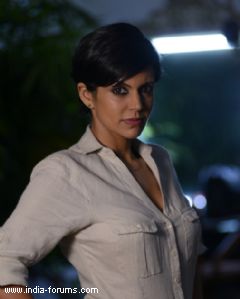 Actress Mandira Bedi, who once played Shanti, says Anil Kapoor's '24 tele-series' is one fiction show that she is proud to be associated with.

"'24 tele-series' India -the fiction show I am most proud of in my 19 years in entertainment! Finale weekend," she tweeted on Friday.

The actress, who was also seen as a vamp in 'Kyunki Saas Bhi Kabhi Bahu Thi', plays an anti-terrorist unit officer in the TV show which will air its finale on Saturday.

or am I wrong!