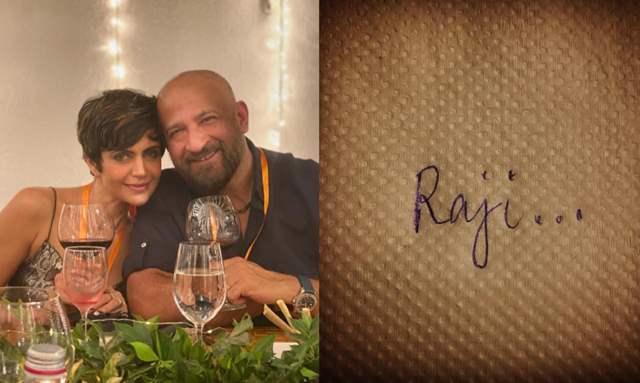 Bollywood filmmaker and Mandira Bedi’s husband Raj Kaushal's sudden demise was a shock to the entire film industry. While she continued to mourn for her husband’s death silently, the Saaho actress broke social media silence by sharing a few pictures of her and Raj.

On Tuesday evening, Mandira took to her social media handle and penned an emotional note for her late husband who passed away on June 30. The actress used to lovingly call him 'Raji'. She wrote his name on tissue paper and shared a picture of it. The post was captioned as ''Miss you Raji.. " with a broken heart emoticon.

2 months ago God gives her and her family the strength