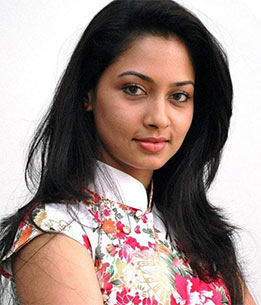 Actress Pooja Umashankar, who shares the screen space with child artist Malavika Manikuttan in forthcoming Tamil thriller "Vidiyum Munn", said she had to compete with the youngster to match her performance.

"She (Malavika) is a wonderful actress and there were several instances in the film where I had to push myself to perform better. Since we had to act together in most of the scenes, I had to ensure that she doesn't overpower me with her performance. I was challenged to act better because of her," Pooja told IANS.

Directed by Balaji K. Kumar, "Vidiyum Munn" is a story about four men, three reasons, two women and one day.

"My director would jokingly ask me to perform better than her on the sets. She is a quick learner and I thoroughly enjoyed working with her," she added.