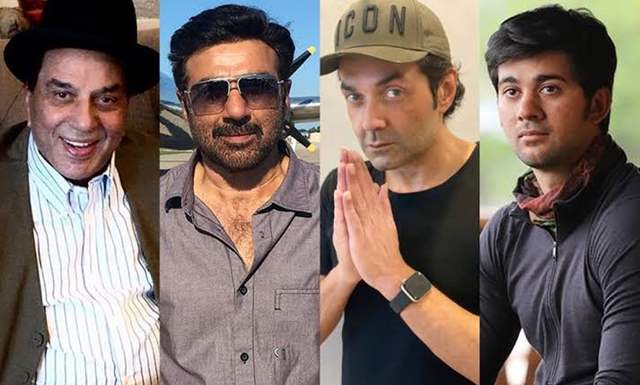 Ever since it was confirmed that the Deol clan - Dharmendra, Sunny Deol and Bobby Deol are reuniting for the sequel to their extremely loved film - Apne.

According to a report in Pinkvilla, the makers of Dharmendra, Sunny Deol and Bobby Deol’s upcoming film Apne 2 are in talks with the boxing trainers of Sylvester Stallone film Creed and Will Smith’s Ali. The report mentioned that a trainer from either of the two films will help Karan Deol. A source close to the development said, “Apne 2 makers are in talks with boxing trainers that worked on Creed and Ali to train Karan Deol for Apne 2. Anthony Martins had worked on Creed, while Darrell Foster had worked on Ali and either of the two might come on board to help Karan with the training.”

The source in the report mentioned how it is important for Karan Deol to train in boxing for he kick-starts shooting. The insider said, “It is important that Karan trains in the sport well before he starts shooting for the film which is expected to roll after April.”

Karan Deol, who is set to star in Apne 2 marked his Bollywood debut in 2019 with film Pal Pal Dil Ke Paas. The film was directed by Sunny Deol.