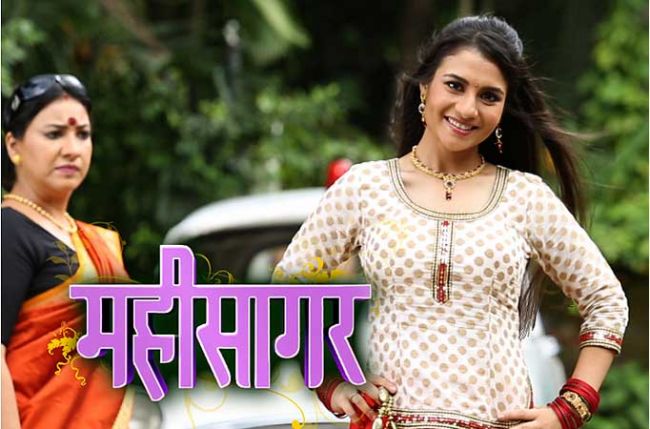 It's time to celebrate for the team of Hat's Off Productions' show Mahisagar on Big Magic. The show has completed a successful journey of 100 episodes. The enthusiastic team of the show is quite elated on completing 100 episodes of the show and is looking forward to have a small celebration on the sets in the evening.

TellyBuzz spoke to producer J D Majethia to know about his feelings on the same, he said, "The show has completed 100 episodes today and it feels so good that the show was at the no. 1  spot many a times but has been at no. 2 since the launch of the show. Now Mahisagar is no. 1 weekly show and is really improving. It's the first stepping stone for us and the show is growing now and so is the channel. So, it feels really good that we are creating a pillar for the channel."

When asked JD about the plans for celebrations and the upcoming tracks of the show, he added, "The shooting is going very hectic so we will be having a small celebration on the sets by having a get together and fun. We are looking forward to achieve the remarkable ratings for the show and in this way, the show will become channel driver for the channel. It will be then when we will definitely celebrate it in a big way. Right now, every episode is new and fresh for the viewers and in the upcoming episodes, there will be lots of comedy, fun and entertainment in store for the viewers."

Actor Sandit Tiwari who plays Sagar in the show is enjoying doing a comedy show and said, "It's my first comedy show. It has been a wonderful experience for me as I am doing comedy for the first time. So, far I have only done serious kinds of roles and I am enjoying it and hoping it to continue for a longer time. The people of the production house are very nice and I am enjoying working with them."

TellyBuzz wishes the entire team of Mahisagar a hearty congratulation and best wishes for their upcoming episodes!

+ 2
10 years ago yay! John in another movie! It'll be intresting to see his and Jacqulines pair, and I think Akshay and Asin would look good together.