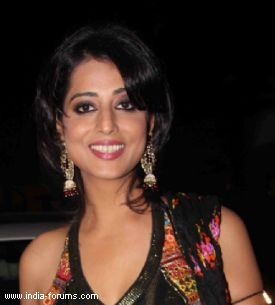 Mahie Gill, who plays the ghost of an actress in "Gang of Ghosts", says she loved shooting for the movie as she got proper dance numbers in it.

The actress, who shook a leg in films like "Gulaal" and "Bullett Raja", said: "I have been very fond of dancing, but I never got to dance in any of my films. Music was always in the background."

"But in this film we have four to five songs. I have danced a lot in it and I have also done lip sync. It was fun," the 38-year-old told reporters Tuesday at the promo launch of the film.

Directed by Satish Kaushik, "Gang of Ghosts" is a remake of Bengali film "Bhooter Bhabishyat".

"I am playing Manoranjana Kumari, who was an actress in the 1950s, and she talks with nasal twang. Because she is an actress and a dancer, she always has that style of walking and talking," Mahie said.