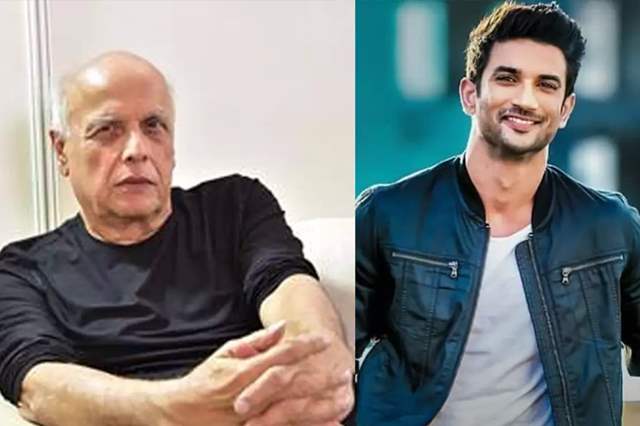 The debate surrounding Sushant Singh Rajput indeed continues to be the topic of conversation even today. It has been over a month since Rajput passed away and from an array of conspiracy theories to apparent appeals for justice, every other topic is surrounding this saga.

Pertaining to that and may other things, an array of celebrities have already been asked to come in to record their statements to the Mumbai Police. The investigation has been on ever since the incident happened and with every passing day, one name or the other is called in by the police for questioning where they are either directly or indirectly connected to the late actor.

Recently, we reported about how filmmaker Mahesh Bhatt, Karan Johar's manager, and Kangana Ranaut have been summoned by the police for questioning.

And now, according to a report in India Today, the upcoming film Sadak 2's director was asked about offering a film to the late actor, their meetings and other aspects. The report stated that Bhatt, in his statement to cops said that Rajput was not offered any lead role in Sadak 2 contrary to speculations. He also revealed that in fact, Rajput was eager to worth with him and even asked the filmmaker

to sign him on for any role in Sadak 2. The filmmaker, as per reports, further asserted that Sadak 2 was always destined to be made with Sanjay Dutt in the lead role as it is a sequel to Sadak, which starred Dutt too.

As for their interactions, Mahesh Bhatt said how he had met the late actor only twice. Their first meeting was in the year 2018 when Sushant turned up to see him, while the other was one was recent, in the year 2020, when Sushant was allegedly keeping unwell. Bhatt reportedly had gone to meet him at his Bandra apartment. The filmmaker them stated how during his meet-up with Sushant, they mainly discussed his YouTube channel, books penned by Mahesh Bhatt, and other literary stuff. He added that the two never had any kind of professional or work-related discussion between them.