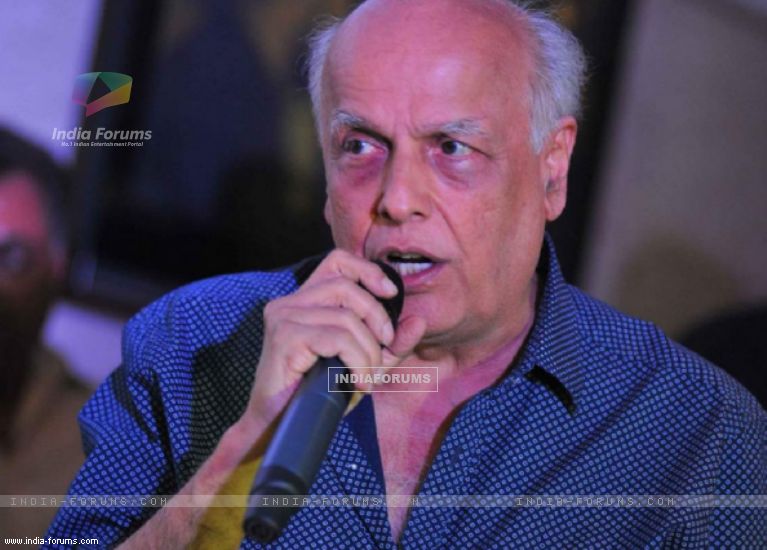 A rendition of the "Hamari Adhuri Kahani" title song by Mahesh Bhatt was not used in the film, but a forthcoming stage production will feature a version, sung by the filmmaker himself.

"We will record the title song 'Hamari Adhuri Kahani' in Mahesh Bhatt's voice and use it in play. Initially, Bhatt saab was reluctant, but Pooja (Bhatt) and I convinced him to record it," actor Imran Zahid, who plays the lead role of Aarav in the play, told IANS.

When it comes to lending music to his stories, Mahesh Bhatt is very particular, and it is said that every time a track is rehearsed for recording, he first sings it in his own voice to gauge its depth.

So, when the title track for the film "Hamari Adhuri Kahani" was being rehearsed, he picked it up in his own voice.

Pooja then recorded it, and put it out on video-sharing platform YouTube, and wrote: "An uncut diamond straight from my treasure chest- never seen before footage of my father Mahesh Bhatt singing Hamari Adhuri Kahani minutes after it was composed."

The rendition wasn't used for the film, but when "Hamari Adhuri Kahani" the play was being conceived, Imran suggested that his track be used for the play. A fresh recording and approach to the track was all that was needed.

According to a source, Mahesh Bhatt had bluntly refused the idea initially, but Imran stressed upon the outcome the track could produce and urged Pooja to convince her father to record the song one more time. Finally, the senior Bhatt agreed to lend his voice for the track, which will be played during the course of the play.

"Hamari Adhuri Kahani" is inspired by Mahesh Bhatt's life as the son of a mother, who lived a difficult, solitary life as her husband, whom she loved so intensely, was conspicuous by his absence. The story, according to him, is written from the perspective of this young single mother and how she deals with the world.

The film, directed by Mohit Suri, saw Vidya Balan, Emraan Hashmi and Rajkummar in key roles. Now, the play, which features Delhi-based theatre artist Raichittri Gupta as the female lead, is set to be staged here next month.

The movie and the play are based on the novel "All That Could Have Been", co-written by Mahesh Bhatt and Suhrita Sengupta.