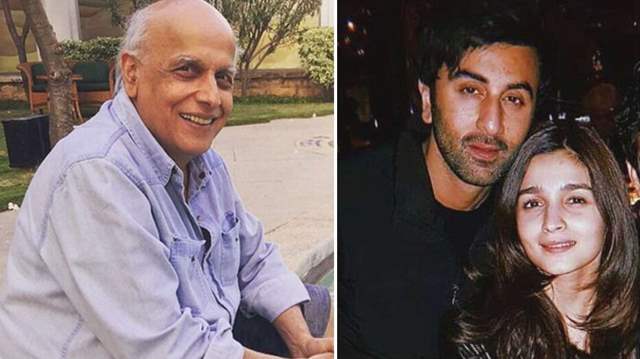 Since it was announced that Ranbir Kapoor and Alia Bhatt will marry in April, there has been a lot of curiosity about their big day. Netizens have been waiting eagerly to know when the lovebirds are tying the knot. Ranbir's aunt Rima Jain, however, disputed the report in an exclusive interview with Pinkvilla. She had stated,

"As far as I'm aware, nothing." They will marry, although I am not sure when. "They'll make a decision, and then you'll all find out."

However, news portals reached out to Alia's director father, Mahesh Bhatt, to inquire about the situation.

When asked if the rumours of Alia and Ranbir marrying in April are genuine, he dismissed them. The filmmaker said,

“Rumours. They've been going on for a long time,"

Although Ranbir and Alia have known each other for years, they began dating in 2018 after they started working together on their upcoming film Brahmastra.

Meanwhile, Ranbir and Alia recently returned from Varanasi, where they were shooting for the last schedule of Ayan Mukerji’s Brahmastra. Soon after their return to the bay, the filmmaker officially announced the wrap of the film on social media

On the work front, both Alia and Ranbir have an interesting line-up of films ahead. While the actress’ RRR recently released, she will soon also be seen in Rocky Aur Rani Ki Prem Kahani, in Darlings, in Brahmastra, and in Jee Le Zaraa. Ranbir too, has Brahmastra, Shamshera, Animal, and Luv Ranjan’s untitled next in his kitty.