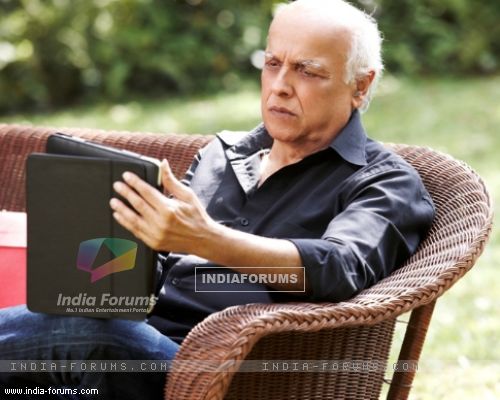 Success and failures are a part and parcel of life. Failure is also required to keep us grounded. At the end what counts is how well we handel our success and how well we bear the failure.
Veteran director Mahesh Bhatt is indeed a good example when it comes to accepting failure with pride. With the failure of Mr. X at the Box office, instead of putting the blame on anyone Mr. Bhatt has gracefully taken the burden on his shoulders.
The presenter of the 3D sci-fi thriller movie, Mahesh Bhatt has accepted the defeat of the movie calling it a failure of inappropriate content. The ace founder of production house Vishesh Films, Mahesh Bhatt took to twitter to convey his message to his fans.
His tweet read as: @MaheshNBhatt: BLAME ME : It is content & content alone which is responsible for a films failure . Mr X bombeb at the box office because of my content !!
Followed by another tweet taking the blame off the marketing team: "I will not pass the buck of the failure of Mr X to the Fox marketing team. We at Vishesh must take things in our stride & move on!"
We all surely need to adopt this audacious behaviour from our magnificent director Mahesh Bhatt.
Priyanka Chauhan