View Profile
MAHARATHI is truly a film filled with maharathi's like Naseeruddin Shah, Om Puri, Paresh Rawal and Boman Iraani and giving them company in the fairer species is Neha Dhupia and Tara Sharma. 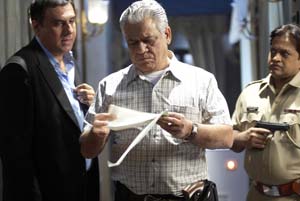 
And news is that all the actors loved the script so much that they cut their fees drastically to be a part of the mystery-thriller which releases on 5th Dec '08.


Uttam Gada who has penned the play has done the screenplay and dialogues for the film.


Well, with a spate of small budget films like Mumbai Meri Jaan and Wednesday doing well at the Box-office, Maharathi with its stellar cast and intriguing plot looks like its sure to set the cash registers ringing!