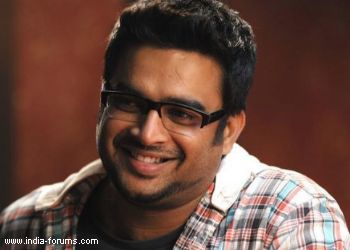 Actor R. Madhavan, who has been working continuously for years, is excited about his sabbatical.

The 41-year-old, last seen in "Jodi Breakers" with Bipasha Basu, is currently wrapping up an ad film.

"Finally done. Last day of shoot for the next 6 months. Finally a break after 12 years. I am off for that much delayed and deserved Sabbatical," Madhavan tweeted.

New York-born actress Nargis Fakhri, who made her bow in Bollywood with "Rockstar", celebrated Holi for the first time and says she can't wait to play with colours again next year.

"Experienced Holi for the first time! Oh my gosh! What fun. I can't wait till next year. Hahaha best festival ever. I love India (sic)," Fakhri posted.

Directed by Imtiaz Ali, "Rockstar" had Ranbir Kapoor in the title role and it hit the bull's eye at the box office.

Actress Sonakshi Sinha says she is looking forward to join the star-cast of "Dabangg 2" and hopes that the film does better than the first part.

"'Dabangg 2' shoot starts today (Friday). I join them on the 18th... Can't wait to get back to where it all started! All the best to Arbaaz Khan, Salman Khan and the entire team! Abhi tak sabko nehlaya tha, chalo ab sabko dho daale ;) dabangg ho (sic)," she tweeted.

"Dabangg 2" marks the directorial debut of actor Arbaaz Khan. Starring Salman and Sonakshi, the movie is slated for release at the end of the year.

Anurag Kashyap responds to MeToo allegations levelled by ...
16 minutes ago